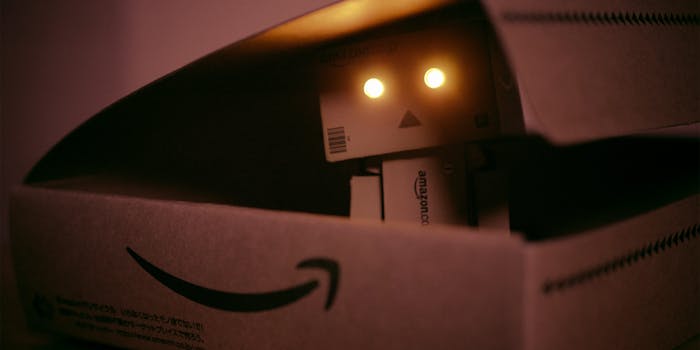 Amazon’s Vesta sounds like something out of ‘The Jetsons’

Amazon is reportedly working on a home robot.

Amazon isn’t content with simply being our online shopping go-to, the maker of our favorite e-readers, and the brains behind one of the world’s most popular digital assistants. Amazon is also, reportedly, working on a domestic robot that could one day roam consumers’ homes.

Amazon has been working on this robot project, codenamed Vesta, for the past few years, Bloomberg reports. It’s being developed at Amazon’s Lab126 hardware research and development division, which is based in Sunnyvale, California. (Other previous Amazon hardware endeavors, such as its Echo smart speakers and Fire TV products, were also developed there.)

Exactly what this domestic robot will do, however, is still a mystery, and Amazon doesn’t comment on “rumors and speculation.” The robot could act as a mobile, Alexa-imbued Echo device, Bloomberg notes. Perhaps it could follow in the steps of iRobot’s Roomba, and handle some degree of house-cleaning. Or perhaps it could be focused on some other aspect of the Amazon empire—a roving entertainment hub of streaming music and video, or a petite robotic home shopping companion.

It makes sense that Amazon seems to be rapidly ramping up its technological innovation—from an investment perspective. Last year, Amazon spent $22.6 billion on research and development, more than any other company. That’s about $6 billion more than the next biggest spender, Alphabet.

If Amazon ends up completing this domestic robot, it likely wouldn’t ship until 2019 at the earliest. In fact, it’s early enough in the development process that Amazon could scrap the idea entirely. Regardless, Amazon’s job listings indicate that it is beefing up robotics-related roles within its R&D department.

Hopefully, Amazon will follow through, though: The cat-sitting-on-a-Roomba trope is getting a little old, but there’s still plenty of room for more pets-interacting-with-robots videos in the world. And a roving Alexa sounds like the perfect torture device—er, toy—for a cat.