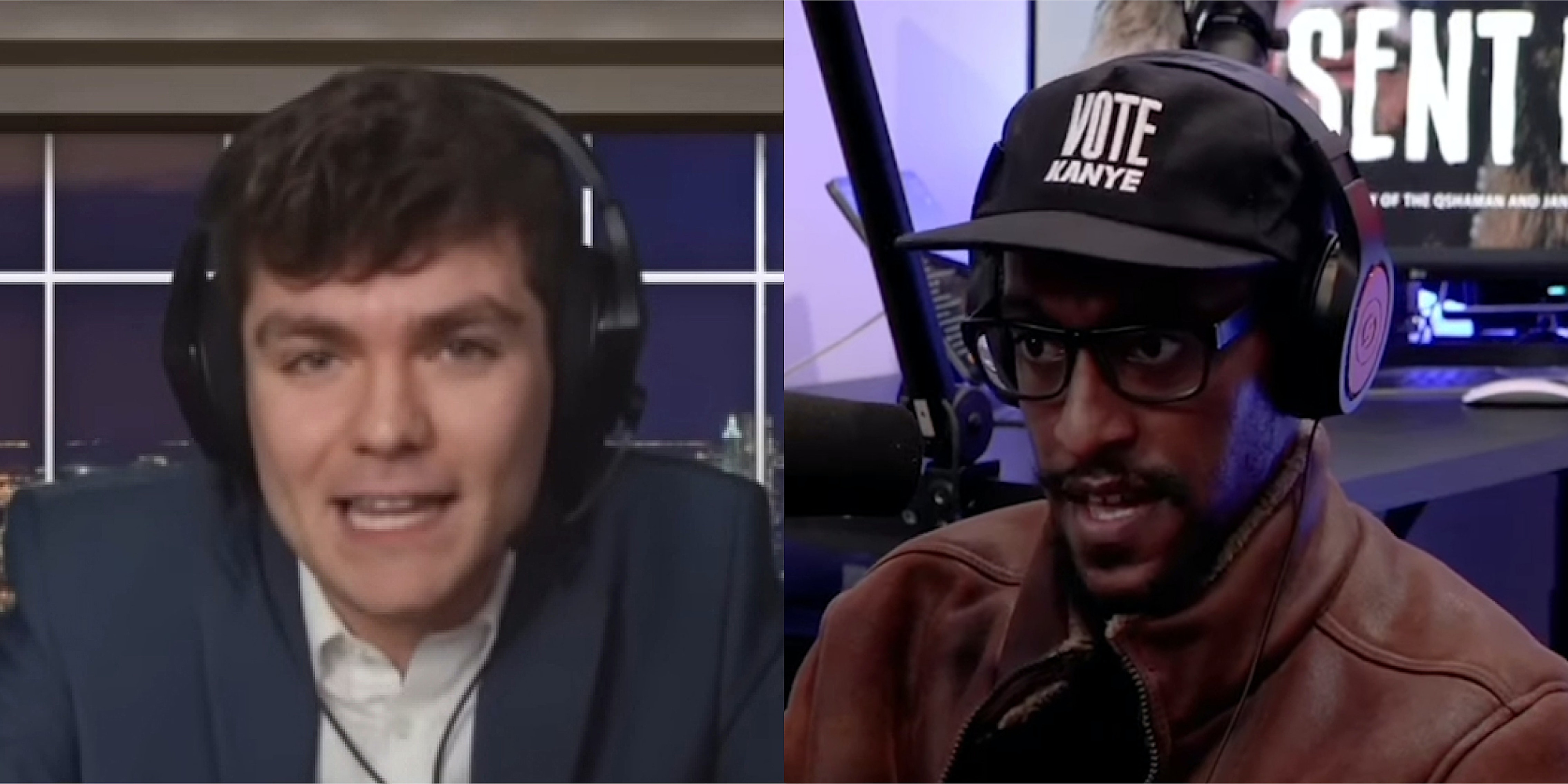 Supporters of the pair are directing their anger towards Elon Musk.

Far-right figures Ali Alexander and Nick Fuentes have been kicked off of Twitter shortly after both of their accounts had been reinstated.

Fuentes, the 24-year-old white nationalist known best for his antisemitic views and Holocaust denial, had his verified account permanently suspended on Wednesday less than 24 hours after it had returned to the platform.

Alexander, a conspiracy theorist who helped spearhead the so-called Stop the Steal movement, had his account reinstated earlier this month after originally losing access in the wake of the Jan. 6 Capitol riot. Like Fuentes, Alexander’s account was suddenly removed on Wednesday morning as well.

While unconfirmed, many have speculated that Fuentes’ removal may have been linked to a Twitter Space he held on Tuesday evening where he made countless antisemitic remarks and praised Nazi leader Adolf Hitler.

Fuentes had also shared a tweet featuring the text “DEFCON 3,” a reference to the tweet made by rapper Kanye West in which he threatened to go “death con 3 on JEWISH PEOPLE.” Musk personally suspended West at the time for his continued antisemitic comments.

In a statement on his Telegram channel, Fuentes responded to his suspension by writing that “it was fun while it lasted.” Fuentes also called on his followers to begin tweeting the hashtag “#FREENICKFUENTES.”

Alexander responded to his own suspension on Telegram as well, arguing that he had not broken any of the platform’s rules.

“I’m suspended? They suspended Nick and me?” Alexander asked. “UPDATE: I have no email. I’ve, again, violated no rules. This was a manually triggered suspension by some employee.”

It remains unclear whether both of the accounts will remain suspended for good this time or return to Twitter in the future.