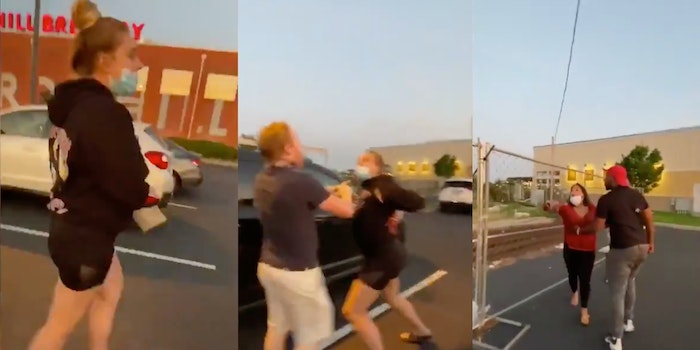 The women were also seen ripping up pro-Trump posters near the DNC.

A now-viral video shows two women, who were protesting President Donald Trump on Thursday, taking a “Make America Great Again” hat from a child and ripping up pro-Trump posters.