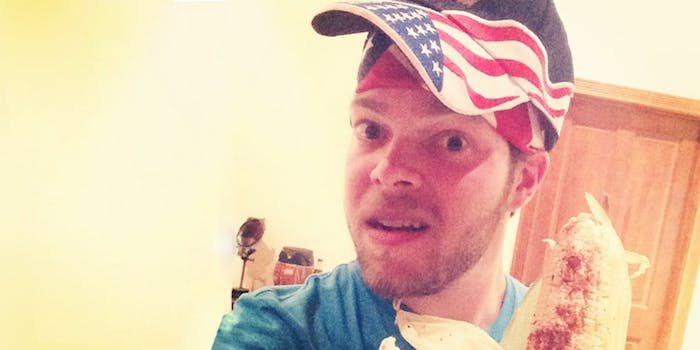 He could face a lifetime behind bars.

Blake Benthall, the San Francisco resident who stands accused of masterminding the online drugs marketplace Silk Road 2.0, has “admitted to everything.”

Benthall was arrested on Nov. 5, a press release issued by the FBI on Wednesday revealed. They allege the 26-year-old software engineer employed by astronautics firm SpaceX is “administrator of a website that allows illicit black-market activities”—Silk Road 2.0—and went by the online moniker “Defcon.” The arrest comes almost a year exactly after the arrest of Ross Ulbricht, aka “Dread Pirate Roberts,” and the closure of the first iteration of the Silk Road.

On Nov. 6 Benthall came before a judge in his first court appearance. Though he did not talk beyond confirming his name and age, ars technica is reporting that that prosecutors say the accused “did admit to everything” after his arrest, and was found with $100 thousand in cash.

“Mr. Benthall did admit to everything after receiving his Miranda rights,” federal prosecutor Kathryn Haun told the court, “that he was the administrator of Silk Road 2.0.”

Benthall is represented by a federal public defender, Daniel Blank, who told the Daily Dot that he “just found out about the case when I came to work this morning.” Benthall faces charges including conspiring to commit narcotics trafficking, conspiring to commit computer hacking, and money laundering conspiracy, and could faces decades or even life behind bars if found guilty.  He will appear in court on Friday morning for a bail hearing, though prosecutors claim he is a flight risk.

Meanwhile, thanks to dozens of unsecured social media accounts, a picture of the man is fast emerging—religious, a keen musician, a politically-engaged Bitcoin enthusiast and—perhaps appropriately—a passion for Breaking Bad.