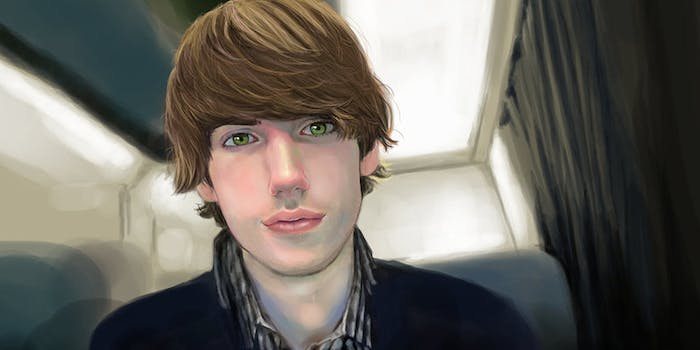 Was that so hard, David Karp?

Just days after Tumblr enraged its userbase with new NSFW content restrictions, CEO David Karp has apologized, issued a partial retraction, and told us just what the hell they were thinking.

Was that so hard?

Thankfully, Tumblr proved tonight that it was still listening to its users. Rather than being the Yahoo corporate stooge many young Tumblrites feared he’d become, Karp emerged this evening—something he rarely does—to announce yet another update to the content restrictions.

All, we’ve heard from a bunch of you who are concerned about Tumblr censoring NSFW/adult content. While there seems to be a lot of misinformation flying around, most of the confusion seems to stem from our complicated flagging/filtering features. Let me clear up (and fix) a few things.

Here’s how it works (for now):

The “Adult” rating is gone.

Previously, any blogs flagged as “Adult” would no longer show up on public tags, while “NSFW” blogs would appear on tags but only to users who weren’t browsing in Safe Mode. (Yes, it was kind of complicated.)

This effectively meant that Tumblr was blocking Adult-rated users rather than Adult-rated content. If your blog was flagged as Adult, even a photo of your lunch or a post about your baby shower would be rendered unsearchable.

This restriction isolated all Adult-rated bloggers from the rest of the community, and sent many Tumblr users into a panic. How would you know if your blog had been flagged? How would Tumblr’s active fan community survive if all the Adult-rated blogs suddenly vanished from public tags? How would artists, writers, LGBT-rights bloggers and Kickstarter campaigns find their audience, if reblogging a few naked pictures six months ago meant that you were forced out of Tumblr’s public spaces?

Happily, Tumblr seems to have worked out that censoring entire blogs was a bad idea. A controversial guidelines page that explained the new content tiers has already been yanked:

In his surprisingly detailed blog post, Karp admits the Adult option was “confusing and unnecessary,” and has been dropped. From now on, you can either flag your blog as Safe or NSFW, and no one should have to worry about being blocked from public tags. As Karp explained:

If your blog contains anything too sexy for the average workplace, simply check “Flag this blog as NSFW” so people in Safe Mode can avoid it.

As is traditional with all viral news stories on Tumblr, this week’s new content restrictions were accompanied by hundreds of inaccurate posts full of misinformation and rumor. For example, 35,000 people reblogged this post claiming that disabling Safe Mode “solved” the problem of the new restrictions.

Some tags are still banned on mobile apps

Unfortunately, different app environments have different requirements that we do our best to adhere to. The reason you see innocent tags like #gay being blocked on certain platforms is that they are still frequently returning adult content which our entire app was close to being banned for.

Apparently the Tumblr team is “working diligently” on creating “a more intelligent filtering system,” but until then, Tumblr users will have to use a regular web browser if they want to have full access to the site’s tags. David Karp’s post points out that the Tumblr-moderated #LGBTQ tag is still permitted on mobile apps, but this will be cold comfort to the many app users who feel like their content is still being censored.

The most impressive thing about this new update is how quickly Tumblr managed to backtrack. Tumblr users were angry, and the response was fast. Also, today’s update was announced with genuine transparency, which is more than you can say for the first set of restrictions. Most users only heard about them via word of mouth because—like most Tumblr updates—there was no official announcement. Karp’s decision to post a public explanation will be a relief to many, since Tumblr’s usual policy is to act first, and let other people ask questions later.

And he signs off with an assurance that “empowering your creative expression is the most important thing in the world to us.”

Heartwarming stuff, except for the fact that he said pretty much the same thing to Stephen Colbert on Tuesday… just before the original content restrictions were rolled out.