‘Must Be the Honey’ is the most embarrassing rebrand ever

You've got to bee kidding me.

Combine a 1990s cartoon mascot, a rapper who peaked a decade ago, and a mediocre sugary cereal, and what do you get? “Must Be the Honey,” a social media brand reboot that was almost certainly not worth the consulting fees.

In fact, that last catchphrase is explicitly repudiated in a recent commercial spot by none other than the cereal’s new cospokesman, rapper Nelly of “Hot in Herre” and “Ride Wit Me,” a track whose parenthetical assumption, “Hey, must be the money,” is the basis of this punning, hip-hop-oriented, and Internet-friendly advertising push. Watch him give Buzz, the brand’s animated bee, some kind of urban hipster makeover, complete with AutoTune:

Naturally, this is just the tip of the iceberg. The General Mills cereal also has a Tumblr featuring plenty of GIFs, both from classic commercial spots and with Nelly and Buzz together, as well as a Twitter presence that is really strongly pushing the hashtag #MustBeTheHoney—for when “something sweet” happens to you.

Oh, and if you interact with Buzz by calling him a “homie,” he’ll correct you:

It’s a shame because Cheerios is bouncing off a highly successful ad campaign featuring cute kids and a biracial family.

It’s hard to know which aspect of this campaign, from the stretch to exploit 20-somethings’ nostalgia to the poorly conceived Instagram account, is the funniest. Oh wait, I’ve got it: this photo of Nelly, in a Honey Nut Cheerios jacket(?!), imploring you to keep Honey Nut Cheerios a secret. Just between you and him, OK? 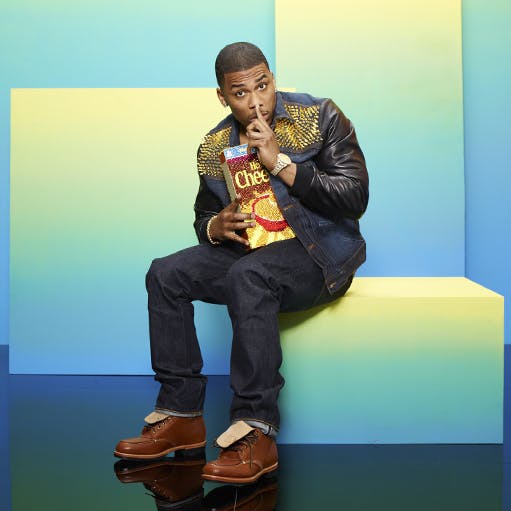 Don’t know about you, but for once I’m really looking forward to breakfast.