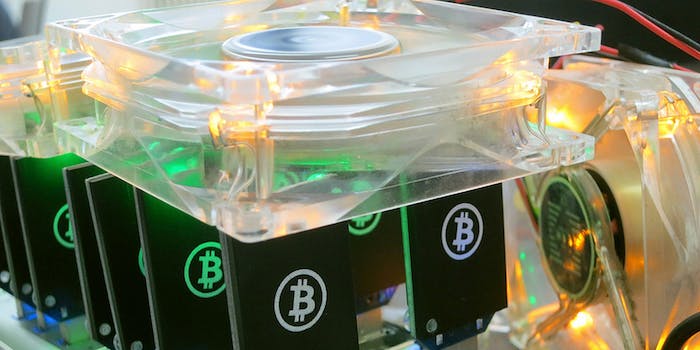 The world’s largest exchange for the electronic crypto-currency Bitcoin, Mt. Gox, has been the victim of a protracted beating. It just got worse.

The world’s largest exchange for the electronic crypto-currency Bitcoin, Mt. Gox, has been the victim of a protracted beating. It just got worse.

Hacks and technical malfunctions stalled trades and left a bad taste in users’ mouths earlier this year during one of the largest crashes in the currency’s history. As recently as last month, the Tokyo-based exchange froze user accounts and for two weeks, no one could withdraw their funds in U.S. dollars.

Now, Danish Bitcoin payment processor BIPS (Bitcoin International Payment System), has deserted Mt. Gox for Bitstamp. BIPS is the largest BTC payment processing company in Europe, and it was using Gox to convert money between fiat currencies (national currencies like the dollar or pound) and Bitcoin. So its leaving, while not the end of the road by any means, is nonetheless kind of a big deal.

Bitcoin, despite its rather tabloid year of ups, downs, revolution, and regulation, continues to grow.

“The number of sell orders is increasing as merchants embrace bitcoin payments,” the company told Coindesk. “Mt. Gox continues to be slow processing withdrawals, and is having problems keeping up… In BIPS’ case, each withdrawal had a pending period of over eight weeks. This was devastating on BIPS’ fiat buffer, as we process withdrawals in 1 to 5 business days.”

Given that Mt. Gox is still the most prominent exchange for the controversial currency, there is no reason not to anticipate continued attention by regulatory authorities around the world and by hackers and speculators attempting to influence Bitcoin values.