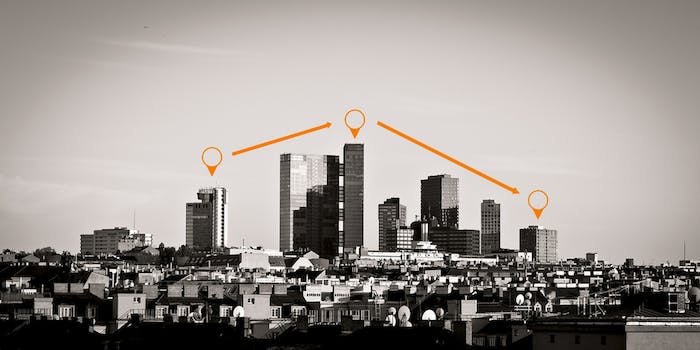 Dwolla payments to and from Mt. Gox, the world's largest Bitcoin exchange, are on hold.

The Department of Homeland Security has seized the funds that the Bitcoin exchange, Mt. Gox had on Dwolla, the American e-payments company.

“The Department of Homeland Security and U.S. District Court for the District of Maryland issued a ‘Seizure Warrant’ for the funds associated with Mutum Sigillium’s Dwolla account (a.k.a. Mt. Gox),” a Dwolla rep told Betabeat. “In light of the court order, procured by the Department of Homeland Security, Dwolla has ceased all account activities associated with Dwolla services for Mutum Sigillum while Dwolla’s holding partner transferred Mutum Sigillium’s balance, per the warrant.”

Dwolla users now receive a message when attempting to access their accounts. 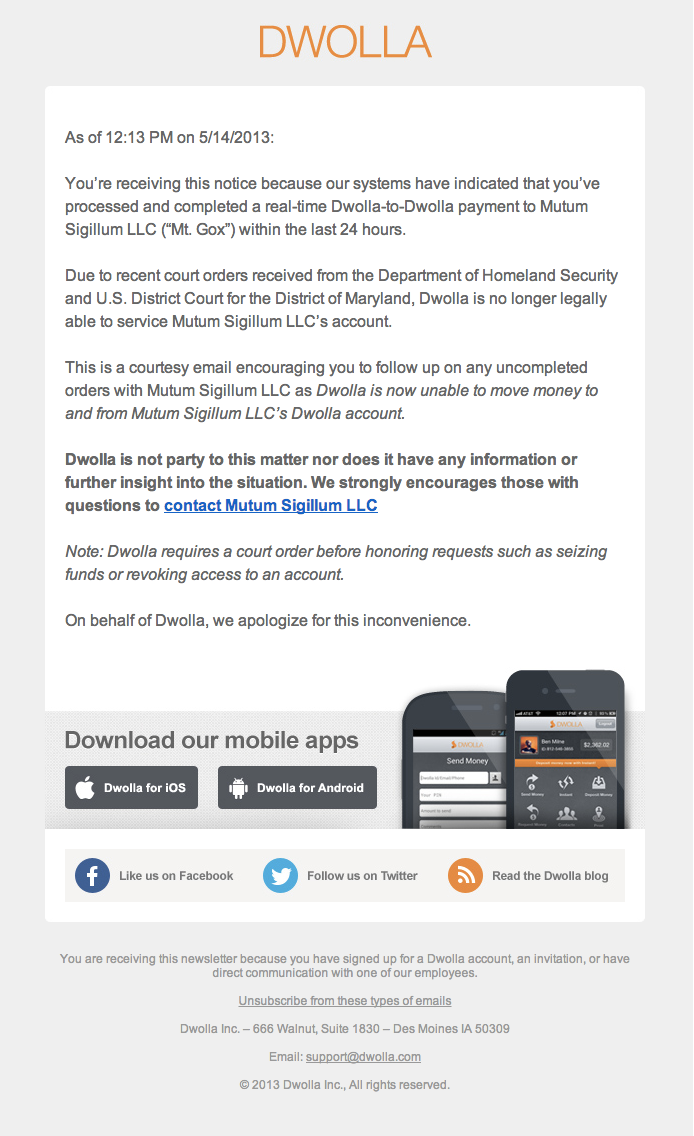 Immigrations and Customs Enforcement (ICE) told CNET’s Declan McCullagh that “In order not to compromise this ongoing investigation being conducted by ICE Homeland Security Investigations Baltimore, we cannot comment beyond the information in the warrant, which was filed in the District of Maryland earlier today.”

ICE’s purview is far broader than their name suggests.

On their Facebook page, Mt. Gox responded, saying “we have not been provided with a copy of the court order and/or warrant, and do not know its scope and/or the reasons for its issuance.”

The seizure is a distinct blow to Dwolla. As Bitcoinnews noted, “Camp BX, based in the U.S., is the only other market exchange that allows accounts to be funded with Dwolla and performs withdrawal of USD balances to Dwolla.  FastCash4Bitcoins performs cash-out service to Dwolla.”

What is the point of the seizure? Terrorism comes to mind, as some have expressed fear that Bitcoin is being used by terrorists, as it has been by drug enthusiasts.

Others have suggested this is the first battle in a campaign against the largely unregulated cyber-currency economy, one which is likely to see its front line along the fault between users and the currency, that is, at the exchanges that handle transfer between fiat currencies and bitcoins.

DHS did not return request for comment by press time.

UPDATE: According to the seizure warrant, DHS shut down Mt. Gox’s account because the company failed to register Mutum Sigillum, LLC as a “money services business.” As the Daily Dot has previously reported, the U.S. Treasury’s Financial Crimes Enforcement Network (FinCEN) declared that Bitcoin businesses are money services businesses in a report earlier this year.

Here’s the actual warrant served to Dwolla, via Gawker: