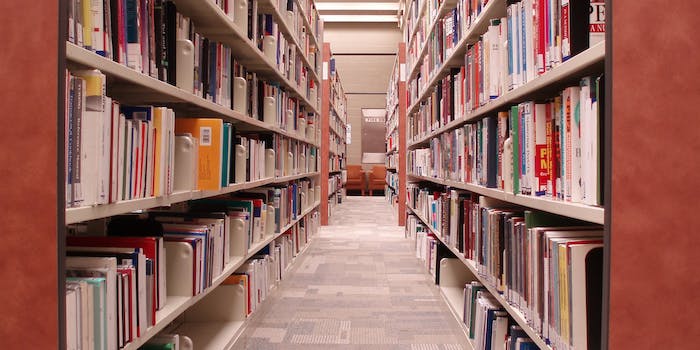 How the Internet changed the way we read

Welcome to the age of hyper-information.

As a professor of literature, rhetoric, and writing at the University of California at Irvine, I’ve discovered that one of the biggest lies about American culture (propagated even by college students) is that Americans don’t read.

The truth is that most of us read continuously in a perpetual stream of incestuous words, but instead of reading novels, book reviews, or newspapers like we used to in the ancien régime, we now read text messages, social media, and bite-sized entries about our protean cultural history on Wikipedia.

In the great epistemic galaxy of words, we have become both reading junkies and also professional text skimmers. Reading has become a clumsy science, which is why we keep fudging the lab results. But in diagnosing our own textual attention deficit disorder (ADD), who can blame us for skimming? We’re inundated by so much opinion posing as information, much of it the same material with permutating and exponential commentary. Skimming is practically a defense mechanism against the avalanche of info-opinion that has collectively hijacked narrative, reportage, and good analysis.

We now skim everything it seems to find evidence for our own belief system. We read to comment on reality (Read: to prove our own belief system). Reading has become a relentless exercise in self-validation, which is why we get impatient when writers don’t come out and simply tell us what they’re arguing. Which reminds me: What the hell am I arguing? With the advent of microblogging platforms, Twitter activism, self-publishing companies, professional trolling, everyone has a microphone now and yet no one actually listens to each other any more. And this is literally because we’re too busy reading. And when we leave comments on an online article, it’s usually an argument we already agree with or one we completely reject before we’ve read the first paragraph. In the age of hyper-information, it’s practically impossible not to be blinded by our own confirmation bias. It’s hard not to be infatuated with Twitter shitstorms either, especially when we’re not the target practice.

E-novels, once the theater of the mind for experimental writers, are now mainstream things that look like long-winded websites. Their chapters bleed into the same cultural space on our screen as grocery lists, weather forecasts, calendar reminders, and email messages. What’s the real difference between reading a blog post online by an eloquent blowhard and reading one chapter of a Jonathan Franzen novel? We can literally swipe from one text to another on our Kindle without realizing we changed platforms. What’s the real difference between skimming an informed political critique on a political junkie Tumblr account and reading a focused tirade on the Washington Post’s blog written by putative experts?

What’s the real difference between skimming an informed political critique on a political junkie Tumblr account and reading a focused tirade on the Washington Post’s blog written by putative experts?

That same blog post will get reposted on other news sites and the same news article will get reposted on other blogs interchangeably. Content—whether thought-provoking, regurgitated, or analytically superficial, impeccably researched, politically doctrinaire, or grammatically atrocious—now occupies the same cultural space, the same screen space, and the same mental space in the public imagination.  After awhile, we just stop keeping track of what’s legitimately good because it takes too much energy to separate the crème from the foam.

As NPR digitizes itself in the 21st century, buries the “R” in its name, and translates its obsolete podcasts into online news features, every one of its articles now bleeds with its comment section, much of it written by posters who haven’t even read the article in question—essentially erasing the dividing lines between expert, echo chamber, and dilettante, journalist, hack, and self-promoter, reportage, character assassination, and mob frenzy.

One silver lining is that the technological democratization of social media has effectively deconstructed the one-sided power of the Big Bad Media in general and influential writing in particular, which in theory makes this era freer and more decentralized than ever. One downside to technological democratization is that it hasn’t lead to a thriving marketplace of ideas, but a greater retreat into the Platonic cave of self-identification with the shadow world. We have never needed a safer and quieter place to collect our thoughts from the collective din of couch quarterbacking than we do now, which is why it’s so easy to preemptively categorize the articles we read before we actually read them to save ourselves the heartache and the controversy.

The abundance of texts in this zeitgeist creates a tunnel effect of amnesia.  We now have access to so much information that we actually forget the specific nuances of what we read, where we read them, and who wrote them. We forget what’s available all the time because we live in an age of hyperabundant textuality. Now, when we’re lost, we’re just one click away from the answer. Even the line separating what we know and what we don’t know is blurry.

We now have access to so much information that we actually forget the specific nuances of what we read, where we read them, and who wrote them.

It is precisely because we now consume writing from the moment we wake until the moment we crash—most of it mundane, redundant, speculative, badly researched, partisan, and emojian—that we no longer have the same appetite (or time) for literary fiction, serious think pieces, or top-shelf journalism anymore, even though they’re all readily available. If an article on the Daily Dot shows up on page 3 of a Google search, it might as well not exist at all. The New York Times article we half-read on our iPhone while standing up in the Los Angeles Metro ends up blurring with the 500 modified retweets about that same article on Twitter. Authors aren’t privileged anymore because everyone writes commentary somewhere and everyone’s commentary shows up some place. Only the platform and the means of production have changed.

Someday, the Centers for Disease Control will create a whole new branch of research dedicated to studying the infectious disease of cultural memes. Our continuous consumption of text is intricately linked to our continuous forgetting, our continuous reinfection, and our continuous thumbs up/thumbs down approach to reality, which is why we keep reading late into the night, looking for the next place to leave a comment someone has already made somewhere. Whether we like it or not, we’re all victims and perpetrators of this commentary fractal. There seems to be no way out except deeper inside the sinkhole or to go cold turkey from the sound of our own voices.

Jackson Bliss is a hapa fiction writer and a lecturer in the English department at the University of California, Irvine. He has a BA in comp lit from Oberlin College , a MFA in fiction from the University of Notre Dame, and a MA in English and a Ph.D. in Literature and Creative Writing from USC. His short stories and essays have appeared in many publications.