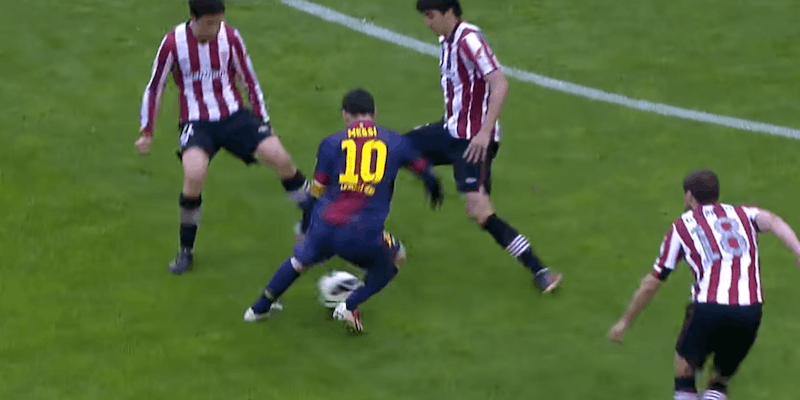 Stream all the soccer you could possibly want with FuboTV

Looking for the biggest and the best soccer leagues in the world? Or do you have a sudden, unexplained hankering for Ecuadorian soccer?

It’s no accident that FuboTV has so much soccer available on its streaming service. It does, after all, bill itself as “the world’s only sports-focused live TV streaming service.” The bold choice FuboTV made, by streaming all of the FIFA 2019 Women’s World Cup matches in 4K, tells soccer fans, “We are here for you,” and they do it year-round by making the world’s top leagues and competitions available in one place.

Here’s everything you need to know about FuboTV and how to watch all the soccer you could possibly want.

FuboTV also has bilingual families in mind; each subscription comes with UniMás, Galavisión, NBC Universo, beIN SPORTS, Univision, and Fox Deportes. An extra $7.99 per month will bring you Latino Plus, which includes GolTV (in case you’re ready for games from Portugal, Ecuador, and Uruguay’s top leagues, and why wouldn’t you be).

How to watch soccer on FuboTV

The highly entertaining and popular Premier League, featuring some of the world’s best players and best-constructed club teams, is available in the United States via NBCSN, available to FuboTV subscribers. The occasional match will air on NBC. Completists will need to get a direct app from NBC to see all 20 teams in action each week, but NBCSN provides solid coverage of the league’s most popular teams—namely, Arsenal, Chelsea, Liverpool, Manchester City, Manchester United, and Tottenham Hotspur—on a weekly basis. Though most of the action takes place for American audiences on Saturday and Sunday mornings, you may need to clear the occasional Monday afternoon or other random weekday to see your chosen team in action. (There’s also a glut of games between Christmas and New Year’s, by awesome design.)

Barcelona, Real Madrid, Atletico Madrid, and Sevilla are among the top draws in Spain’s top league, and the twice-a-season El Clasico between Barca and Real is one of the highest-drawing matches in all of soccer whenever it occurs. American audiences can tune in to beIN Sports channels (FuboTV carries 10 of them!) on weekend mornings and afternoons to catch La Liga action.

Germany’s top league, which features Bayern Munich and Borussia Dortmund, as well as a number of up-and-coming U.S. players (like Schalke’s Weston McKennie and Werder Bremen’s Josh Sargent), can be found weekend mornings on FS1 and FS2, with the occasional match graduating to Fox. With FuboTV, you’re set for fußball, as the Germans call it.

The top soccer league in North America (with three Canadian teams and an ever-growing number of American teams) has an array of broadcast partners involved, but some of the best matches are reserved for Sunday afternoons and evenings, typically with one marquee on ESPN and the other on FS1. Select matches also appear on Univison and UniMás, with a SAP option for English-speaking viewers. So, if you’re up for checking out a league on the rise, between its exciting drive-for-the-playoffs format and its expanding pool of talent, FuboTV has you covered.

Mexico’s top-flight league is one of the most popular soccer leagues in the U.S. as well as Mexico. Fans north of the border have strong allegiances to clubs in Mexico, plus much of the core of the Mexican men’s national team, better known as El Tri, play their pro soccer in Liga MX. It’s also a destination for top Central and South American players, as well as the odd U.S. or European standout. It also boasts some fantastic rivalries, starting with Mexico City-based America and their frenemies from Guadalajara (better known by their Chivas nickname).

The best club teams in Europe compete each year for a particularly coveted trophy called the Champions League, and the matches provide a chance to see global mega-stars facing off against each other. For American fans, TNT is the place to catch Champions League action. This past year, it produced a dramatic run to the semi-finals by Ajax, two of the best comeback matches in world soccer history, and a memorable all-English finals won by Liverpool. It’ll be a hard tournament, but teams will be on the quest to do so starting next month.

Both the men’s and women’s versions of the FIFA World Cup are under contract to Fox, which means that much of the action is on FS1 and FS2, with Fox’s flagship station picking up the biggest matches. But FuboTV’s done one better: They’ve decided to put up all the matches in glorious 4K. The men won’t play until November 2022, when the tournament makes its first-ever winter start in Qatar, but soccer fans around the world are already beginning to make their plans.