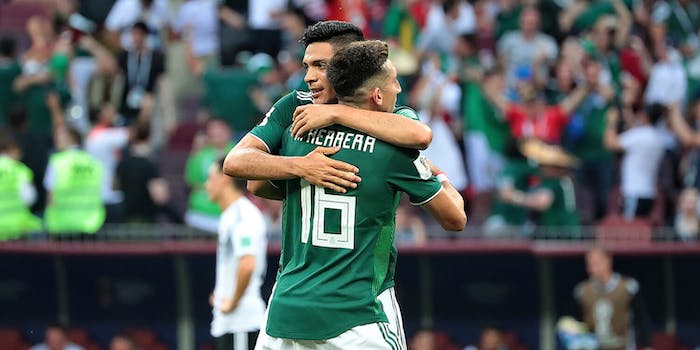 How to stream Mexico vs. Panama in Concacaf Nations League play

Mexico has the chance to take the lead in its Concacaf Nations League group when it hosts Panama on Tuesday.

Mexico rolled on Friday in Concacaf Nations League action, traveling to Bermuda and winning 5-1. Hirving Lozano tallied a goal and an assist in the win, while Uriel Antuna continued his good run of form for El Tri with the match’s opening goal. It didn’t come until the 25th minute but opened up a cascade of goals to give Mexico a safe, solid win. Now, on Tuesday, the team will return to Azteca to face a familiar Concacaf foe in Panama.

Here’s everything you need to know to live stream Mexico vs. Panama, including what to watch for on the pitch.

Mexico vs. Panama: What to watch for

Mexico easily handled Bermuda, which actually split its two matches with Panama in September, and will certainly be favored to take care of business at the Azteca. Antuna will have upcoming MLS playoff play for the LA Galaxy. Perhaps El Tri coach Tata Martino, who knows a thing or two about the MLS playoffs, will rest him. Rodolfo Pizarro didn’t get a run out at all on Friday; he may see action against a Panama team who has likes of Michael Murillo and Adolfo Machado defending.