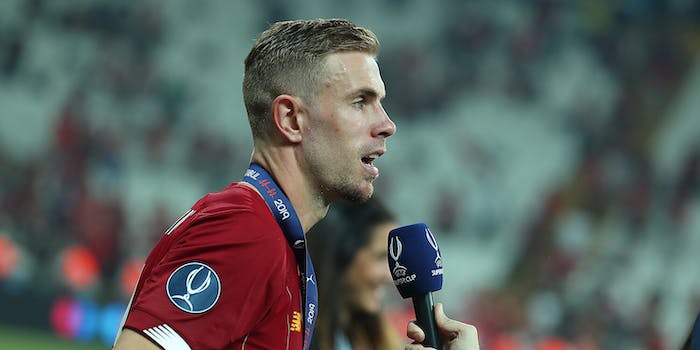 How to stream the Liverpool vs. Red Bull Salzburg

The defending Champions League champs have looked stellar in Premier League play, perfect through seven matches, but hit a road bump in their first 2019-20 Champions League group stage match. Liverpool gave up two late goals to Napoli to lose that away match; the good news is that will likely be the team’s toughest match of the group stages. On Wednesday, the team will host Salzburg to continue its title defense.

Here’s everything you need to know to live stream Liverpool vs. Red Bull Salzburg, including what to watch for on the pitch.

Liverpool vs. Red Bull Salzburg: What to watch for

Anfield and Red Bull will make for a cozier combination than being on the road against Napoli, but every match is a 90-minute test of fortitude. Liverpool had one of those on Saturday in Premier League action, gutting out a 1-0 victory on the road against the Blades. There’s every reason to think that a team with Roberto Firmino, Sadio Mane, and Mo Salah can go off and score four or five against all but the stoutest defenses, and a match like that would make Liverpool feel better about its prospects.

Salzburg, on the other hand, had an excellent first day in the Champions League, dispatching Genk 6-2 and amassing a solid goal differential in the process. Should tiebreakers for advancing come down to goal differential and goals scored, Salzburg’s in good shape right now—depending on if it was just an anomaly for Genk or if everyone else in the group has the opportunity to dunk on the Belgians. Watch 19-year-old Norweigan striker Erling Braut Haland; he had a hat trick in the opener, and he’s scoring more than a goal a match in the Austrian Bundesliga this year. You may remember his feat if not his name from the U-20 World Cup in May: He’s the player that scored nine (!) goals on Honduras in a 12-0 rout.