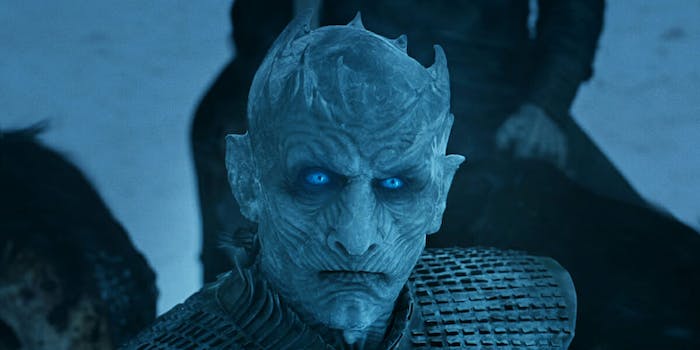 How to watch ‘Game of Thrones’ season 8, episode 3 for free

What is dead may die after all.

Buckle up, baby. Game of Thrones season 8, episode 3 will likely be one of the most iconic episodes in the history of the series. We’ve been warned of winter’s dangers since the beginning. Jon Snow has literally killed himself trying to get people to take the Army of the Dead seriously. Well, the time for threats is over. The big showdown is finally here.

The Battle of Winterfell—which fans have unofficially named this episode since HBO is not revealing titles in advance—is not only supposed to be one of the biggest social TV events in recent history but a filmmaking feat that puts even blockbuster movie productions to shame. HBO claims the Game of Thrones season 8 fight took 55 consecutive nights to shoot. It is slated to be the longest consecutive battle sequence ever committed to film, including the iconic 40-minute Helm’s Deep battle in Lord of the Rings: The Two Towers.

If that amount of hype wasn’t enough for you, this episode is one of two directed by Miguel Sapochnik, who fans might remember from “Hardhome” and “Battle of the Bastards.” Sapochnik is supposed to direct episode 5 this season as well, so enjoy the character’s who survive this week’s episode while you can. And if you’re still not excited, we are so sorry the Night King already got you.

Here’s everything you need to watch Game of Thrones season 8, episode 3 for free.

Game of Thrones season 8, episode 3 is available exclusively on HBO.

When does Game of Thrones season 8, episode 3 air?

Subsequent episodes will be on Sundays at the same time. There are six episodes scheduled for the final season, ranging in length from 54 minutes to a whopping 82 minutes. This will be the longest episode of the season and series, with a feature-length 82 minutes of action.

How to watch Game of Thrones season 8, episode 3 for free

If you knew that only had one night left in this world, what would you do with it? That is, more or less, what Game of Thrones tries to answer in “A Knight of the Seven Kingdoms,” leading to moments of contemplation, big moves, and revelations. Not a single character died in this episode, a move that’s rare but not unheard of; the last deathless episode was season 6’s “Blood of My Blood.” But the episode continued the character focus that “Winterfell” started. It gave us even more reunions and rewarded the characters, longtime fans of the series, and those invested in some of the show’s romantic pairings. —Michelle Jaworski