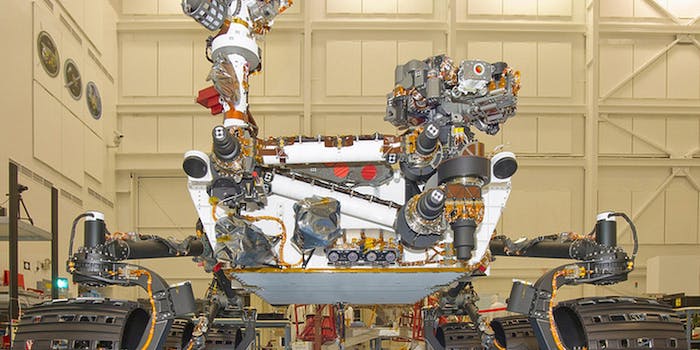 The Curiosity Mars Rover is far from thrilled about its trip to the red planet.

You can’t really blame the Curiosity Mars Rover for its bad attitude.

Let’s face it, commuting sucks—and if you’d just faced a commute of 300 million miles, you might not be in the best of moods either.

Parody Twitter account @SarcasticRover is full of sass and snap, after emerging from a long trip in the middle of a crater. While Curiosity’s official Twitter feed discusses daring great things and looking for signs of life on the planet, the rover’s lesser-known parody account is not exactly excited by seeing lots and lots of rocks. Very curious indeed.

Since starting to transmit observations from the red planet in the early hours of Monday, SarcasticRover has racked up more than 2,400 followers. That’s despite making fun of the Internet’s new hero, NASA engineer Bobak Ferdowsi.

Here’s a look at some of the spoof account’s best transmissions to date.