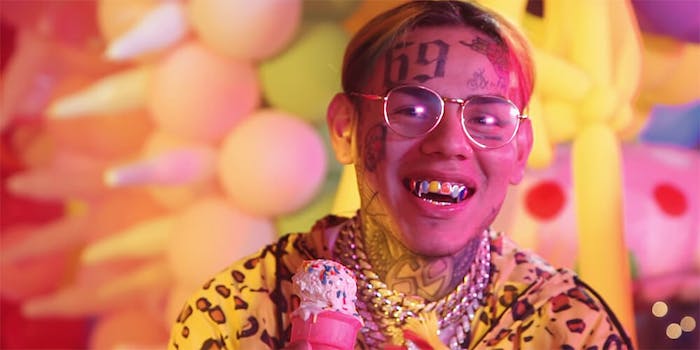 'I’m interested to see how this #6ix9ine sh*t is gonna unfold.'

Tekashi 6ix9ine, the Brooklyn-based rapper turned government informant, could be released as early as Wednesday—and the internet thinks he’s going to die.

According to lawyer Moe Gangat, who posts law explainer videos on his Instagram, the rapper, whose real name is Daniel Hernandez, will likely get released early based on his lawyer’s recommendation for his sentence to be moved down to time served.

Hernandez, who was arrested for racketeering, violent crimes to aid the racketeering, and firearm offenses in connections with the gang Nine Trey Gangsta Bloods, has been in custody since November 2018 and was originally meant to serve 47 years to life.

Papers filed yesterday suggest #6ix9ine will be released next week

News of Hernandez’s potential release quickly spread around the internet. Many said that if the rapper is released, he will most likely be in danger—and they made memes about the situation.

“Once he gets free he gonna be like this,” user @spicynachoyo wrote with a GIF of Spongebob burying himself in sand.

Once he gets free he gonna be like this #6ix9ine pic.twitter.com/nJ8tctxiEX

The jokes about Hernandez’s safety refer to his testimony about other alleged members of the Nine Trey Gangsta Bloods. After pleading guilty, Hernandez accused several people, including rapper Cardi B, of being members of various gangs. According to Vulture, witness protection services will most likely be required for Hernandez if he is released.

i’m interested to see how this #6ix9ine shit is gonna unfold pic.twitter.com/ffchfFzTEG