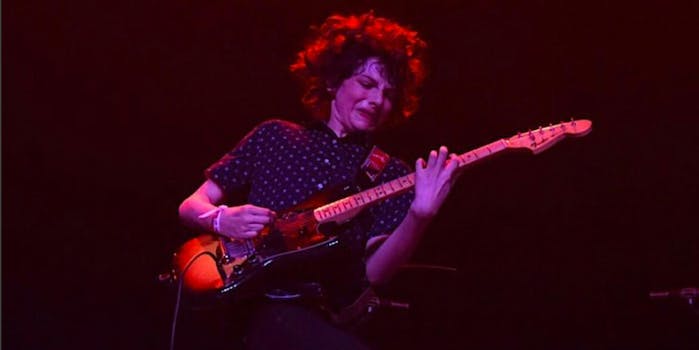 The stars of Stranger Things reminded everyone that they are the coolest teen celebrities when they were spotted onstage at a Mac DeMarco concert in Atlanta on Sunday night.

DeMarco brought out Finn Wolfhard, aka Mike Wheeler, to play guitar with him during “Still Together” at the Tabernacle. Wolfhard’s Stranger Things co-star Natalia Dyer—who plays Nancy Wheeler—captured the moment on camera.

Wolfhard originally proclaimed his love for DeMarco last October, when he shared DeMarco’s acoustic cover of the title track from “Salad Days” on Twitter.

Luckily enough, a member of the crowd caught the entire moment on camera and posted the video on YouTube.

The Stranger Things cast members seem to attend their fair share of concerts. Noah Schnapp, who plays Will, performed onstage with Panic! At the Disco in March and Wolfhard’s band nailed a New Order cover at the Sweet Relief benefit earlier this month.

Wolfhard told Dazed last year that he hopes to pursue music and record an album in the future. Until then, he’s got some acting to do since Stranger Things returns to Netflix this Halloween.