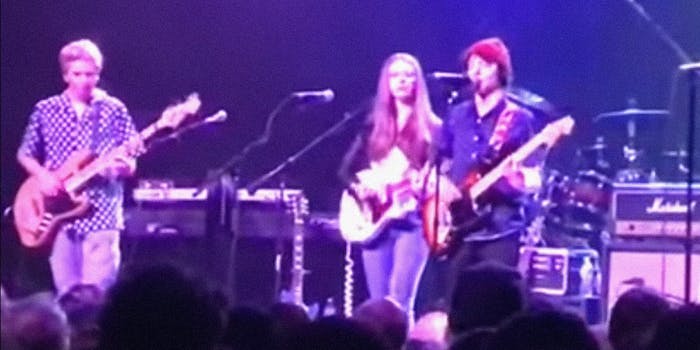 The 'Stranger Things' actor knows how to stay on brand.

Wolfhard, who plays Mike Wheeler in the ’80s-set Netflix series, tagged in for the Sweet Relief benefit this weekend, which featured Weird Al, Tenacious D, and more covering songs from the ’80s. Wolfhard took the stage with his band and covered New Order’s classic “Age of Consent.” It’s a big leap from last year’s Nirvana cover.

According to Twitter, he’ll be playing more live shows soon.

That was one of the most fun nights of my life. I'm going to be playing more shows for sure with the band. It's my favorite feeling