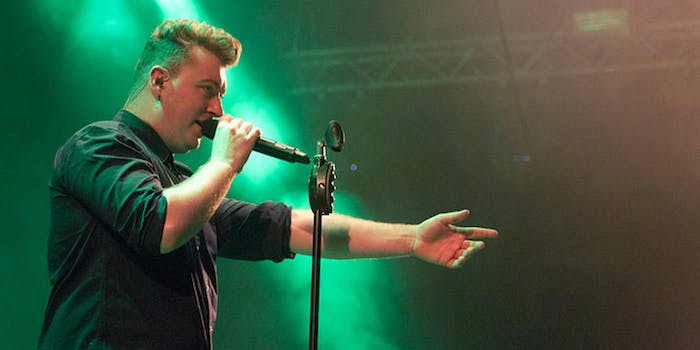 Spotify’s predictions for the 2015 Grammys

Can big data win once again?

Last year, Spotify‘s Grammy predictions were fairly accurate, with the streaming site’s data for 2013 correctly predicting three of the night’s biggest winners. The awards show also had some unintended consequences for artists on Spotify.

It’s not just the Grammys that can send a signal boost: Missy Elliott’s post-Super Bowl Spotify surge shows just how important these events can be to music discovery. This year, in addition to predictions based on the listening habits of its 60 million users, the company is assessing “dark horse” picks, based on virality.

According to their data, the most streamed song of the year was Sia’s “Chandelier,” followed by Sam Smith’s “Stay With Me,” Meghan Trainor‘s “All About That Bass,” Hozier’s “Take Me to Church,” and Taylor Swift‘s “Shake It Off.” This last song is a bit of a playful jab at the singer: Swift famously pulled her catalog from Spotify last year, and asterisks next to the album on the press release are followed by a ¯_(ツ)_/¯.

Their dark horse pics? Sia for Record of the Year, Williams for Album of the Year, Bastille for Best New Artist, and Hozier for Song of the Year. We can only hope the real dark horse is going to be Weird Al.

Photo via Side Stage Collective/Flickr (CC BY ND 2.0)