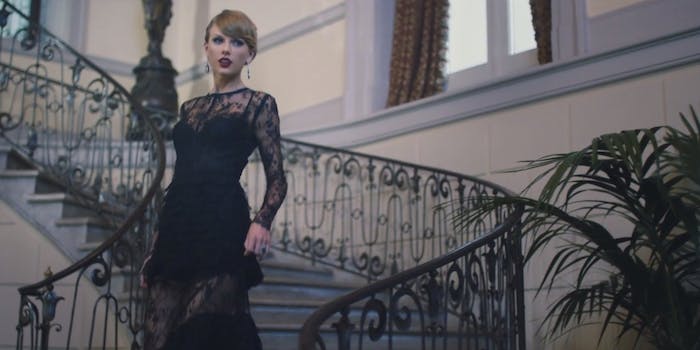 Spotify's CEO reveals just how much Taylor Swift could've made on the streaming service.

Taylor Swift won’t take Spotify back, but like a sad rejected boyfriend, the music-streaming service is still trying to redeem itself. Spotify has now revealed to Swift how much money she walked away from when she pulled her music from the service.

Spotify CEO Daniel Ek wrote a lengthy blog post on Spotify’s website, revealing that the company shelled out more than $2 billion to labels, publishers, and collecting societies, who then in turn distribute the money to songwriters and recording artists thanks to streaming from 50 million active users, which includes about 12.5 million who pay $120 a year for their subscription.

“We’re trying to build a new music economy that works for artists in a way the music industry never has before,” Ek wrote. “And it is working—Spotify is the single biggest driver of growth in the music industry, the number one source of increasing revenue, and the first or second biggest source of overall music revenue in many places.”

He didn’t mention how much of those funds songwriters and artists receive. They’re paid $0.007 per stream.

And Swift? She would’ve made $6 million this year at the rate her music was streamed—and probably a lot more if she hadn’t yanked her tunes.

After news broke last week that Swift removed all her music from the service, Swift called Spotify a “grand experiment” and said she didn’t want to put her music there.

“If I had streamed the new album, it’s impossible to try to speculate what would have happened,” Swift told Yahoo last week. “But all I can say is that music is changing so quickly, and the landscape of the music industry itself is changing so quickly, that everything new, like Spotify, all feels to me a bit like a grand experiment. And I’m not willing to contribute my life’s work to an experiment that I don’t feel fairly compensates the writers, producers, artists, and creators of this music.”

But Ek’s point wasn’t just to try reaching out to Swift again. He also wanted to dispel some myths about streaming. He argued that streaming services are driving sales, and challenged the point that artists receive very little money from streaming.

In the long run, he said, Spotify is crucial in a market where people don’t buy CDs that much anymore. Some artists who don’t have the clout that Swift does may have to use services like Spotify, but right now, but after selling 1.2 million copies in the past week, Swift has some leeway in her favor.