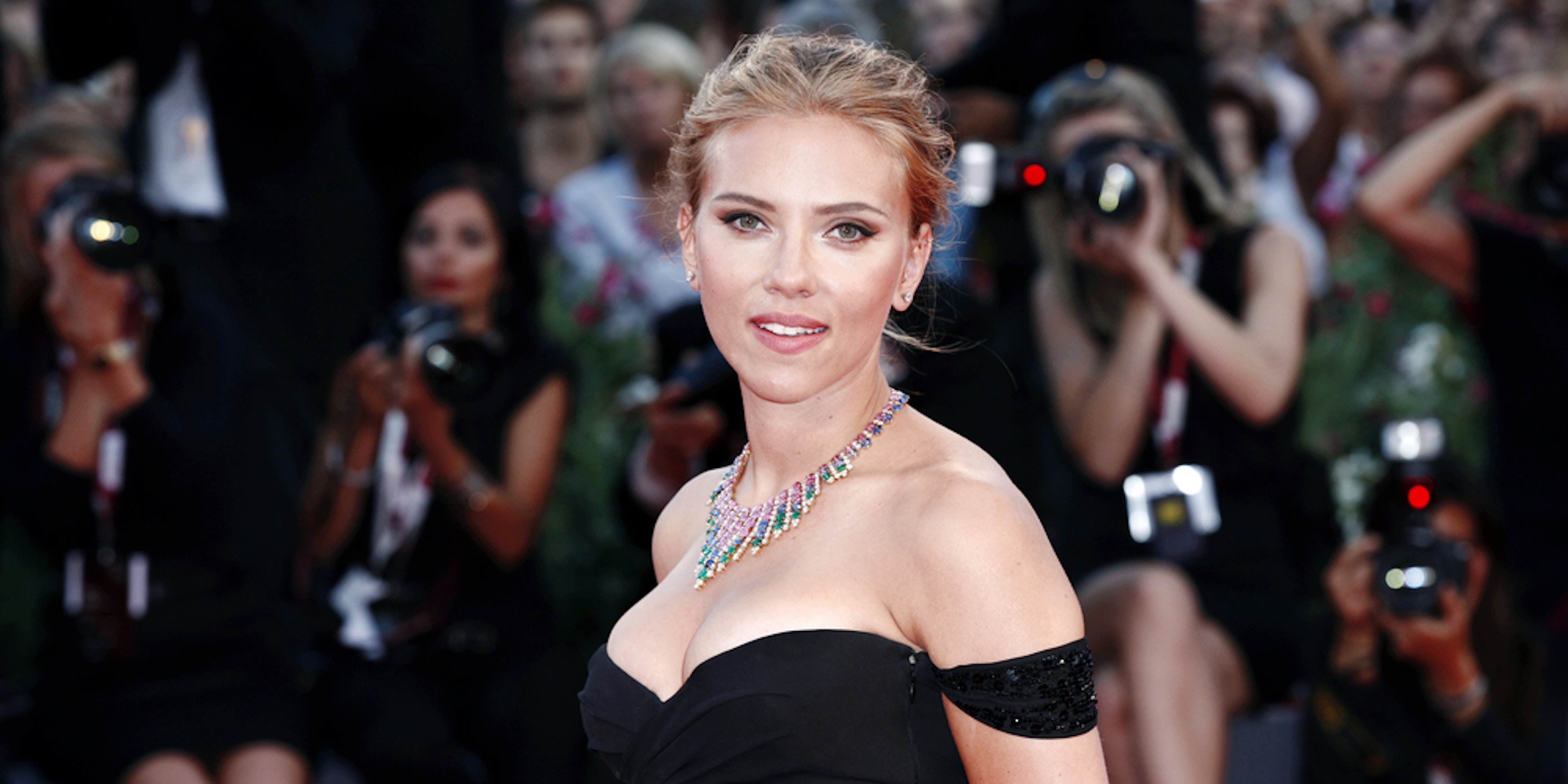 Scarlett Johansson says she should be allowed to ‘play any person, or any tree, or any animal’

She still doesn't get it.

Scarlett Johansson said that she should be allowed to ‘play any person, or any tree, or any animal’ in a recent interview, showing that she still doesn’t get it.

In 2018, Johansson was initially chosen to portray Dante “Tex” Gil, a transgender crime kingpin in the film Rub and Tug. Her response to criticism regarding the casting sparked further disputes online. In a statement to Bustle in July 2018, the 34-year-old actress dismissed complaints from transgender—and cis—fans.

“Tell them that they can be directed to Jeffrey Tambor, Jared Leto and Felicity Huffman’s reps for comment,” she said at the time.

All of these actors previously portrayed transgender people in media. Her comments were poorly received by the public at large, and Johansson later released an apology and stepped down from the role soon after. We thought that was the end of it, but her recent comments brought the issue back into the public conversation.

When discussing last year’s casting snafu, Johansson dug herself a brand new hole while speaking with As If magazine. “You know, as an actor I should be allowed to play any person, or any tree, or any animal because that is my job and the requirements of my job,” she said. “I feel like it’s a trend in my business and it needs to happen for various social reasons, yet there are times it does get uncomfortable when it affects the art because I feel art should be free of restrictions.”

Considering the wave of criticism her initial comments sparked, you would think Johansson would be tread more carefully. Within hours of her comments to As If being released, Johansson was soundly dragged by half of the internet, again.

While many people were busy shredding Johansson’s statement, others took the time to tease her for choosing to include trees in her list of casting possibilities.

While everyone was sharing their thoughts or making jokes, Marvel fans stepped in to defend the upcoming Black Widow movie. “Don’t drag the black widow movie because of what scarlett have (sic) said,” one fan wrote.

While much of the internet was criticizing Johansson for her response, others stepped in to defend the actress. “Scarlett Johansson said she wants to play any role she wants… you know… like actors do… and that’s what y’all are bitching about today,” one Twitter user wrote.

While this controversy is unlikely to be more than a blip on Johansson’s radar, hopefully, she will listen to critics. Representation is important, and comparing trans people to trees won’t make her friends anytime soon.