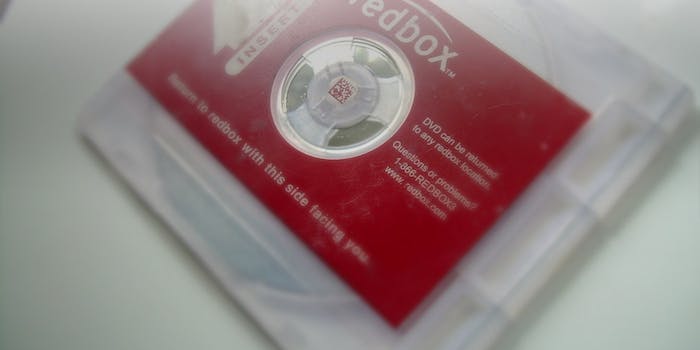 Redbox is trying to get back into the livestreaming game

If you’re a loyal Redbox user, cool news: The company famous for its kiosk-centric DVD rentals is testing out a new streaming service with select customers.

It’s called Redbox Digital, and for the time being, it’s only available to “a small subset” of customers via an iPad app by the same name.

The company’s first swing at a streaming service with Verizon in 2013 shuttered after 18 months due to low demand and competition from well-established brands like Netflix. But now that the marketplace is a little more diverse, with companies like Hulu, Amazon, and HBO Go proving that success is possible for smaller competitors, Redbox is tentatively dipping its toe back into the streaming world.

Redbox Officially Wading Back Into Streaming Service With Tests Of “Redbox Digital” https://t.co/beKUBJ5s5v

There is one clear upside to streaming for these guys: Redbox Digital would offer customers a lot more viewing options. A typical kiosk usually only holds a few hundred titles, but a streaming service gives the company the ability to beef up its offerings and provide customers with a wider library from which to choose. Whether those titles match up with the blockbuster-status kiosk offerings will be dependent on what kind of deals the company can strike with movie studios.

Nothing is certain at this point, though. A Redbox spokesperson told Variety, “We are testing a potential new transactional digital VOD [Video On Demand] and EST [Electronic Sell-Through] offering, designed to complement our core kiosk rental business. As we test and learn from our customers, we will make evaluations that determine any future course of action.”

Meaning: If people seem into this, great, we’ll launch it. But if not? No big deal, we’ll scrap it.

No timeline is yet available for how long Redbox will be working with this test audience.