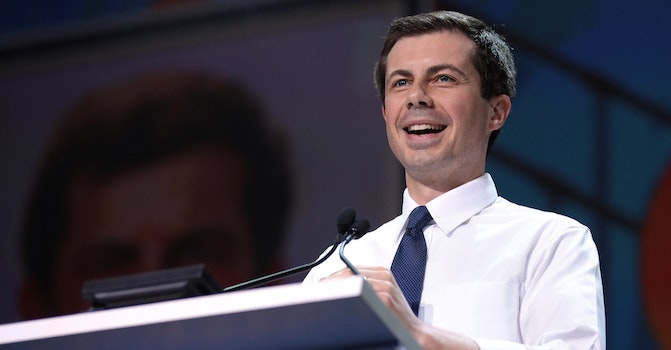 And at a town hall last night with Fox News, 2020 Democratic hopeful Pete Buttigieg shared his thoughts about Bryant’s legacy and life.

“…they were inspired by what [Kobe] did on the field, what he did off the field.”

Listen. You follow me because you want that anti-Pete content. I get that. I hope I’ve given it to you so far.

Nothing I’ve posted touches this.

“It’s shocking and we’re still all in shock,” he said. “I think it’s a reminder that our lives are often touched by people we never even meet. And there are millions of people … mourning, because they were inspired by what he did on the field, what he meant off the field.”

Bryant, who played on a basketball court, did not play a sport that involved fields.

Which wouldn’t be all that big a deal, a simple slip of the tongue at a live event, but it can’t be viewed without the context of both Buttigieg’s struggle with race in his own city and his inability to court any Black voters. Botching the context of the death of an extremely popular Black athlete speaks to those criticisms.

And for that, he was panned.

As many noted, Buttigieg is from Indiana, where basketball is immensely popular.

The Buttigieg campaign sent an email Monday morning titled “What People Are Saying About Pete Buttigieg’s Standout Fox News Town Hall.” It did not mention the Bryant quote.