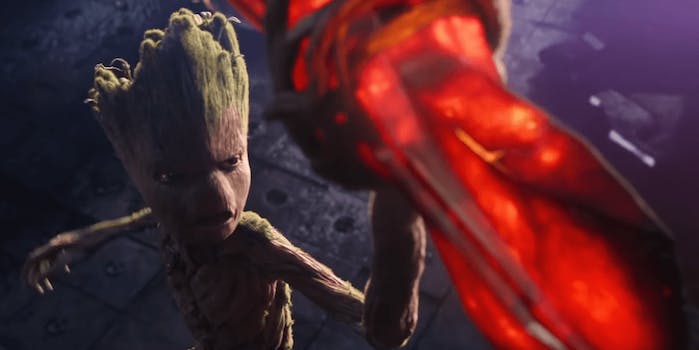 Here’s how to stream Oscar-nominated films

There's a lot you can watch right now.

Many Oscar-nominated films are likely to get re-releases. But many of the most buzzed-about films are readily available at your fingertips.

It’s not just Roma, Netflix’s first-ever film to be nominated for best picture. (The streaming giant previously won Oscars for documentary feature and documentary short subject.) Among this year’s Oscar hopefuls are Netflix originals, films produced by Amazon Studios, and numerous films available to rent, buy, or stream online. Here’s everything you need to watch the Oscar-nominated movies.

The main cast of Avengers: Infinity War arrives with long-established backstories, setting the stage for an epic struggle against Thanos, an alien tyrant who wants to kill precisely half of all sentient life. The plot’s key driving force is thin and offers little in the way of character development, but Infinity War also outshines its predecessor, Age of Ultron, with hilarious jokes and stunning visuals. It’s an entertaining film and by no means a disappointment, but it’s otherwise kind of empty. Infinity War only serves to prepare viewers for Avengers 4 in 2019, and that’s no way to tell a story. —Gavia Baker-Whitelaw

The Ballad of Buster Scruggs

A Wild West movie all about white men, where Native Americans only appear onscreen to scalp people and get shot in the head? Groundbreaking. The Coen brothers’ passion for Westerns doesn’t fully translate to a non-Western-obsessed audience in the self-indulgent The Ballad of Buster Scruggs, an anthology of six short stories originally planned as a TV series and later compressed down to a feature-length film. These six stories only manage to include two female characters, and the film’s deliberate whitewashing suggests the Coens wanted to rewrite history to focus on white men, either not noticing or not caring how this might look to everyone else. The Ballad of Buster Scruggs is funny, but it also deserves its Netflix release status—it might not have been worth the price of admission otherwise —Gavia Baker-Whitelaw

Blending sci-fi and fantasy, director Ryan Coogler brought new life to the Marvel franchise this year. Starring Chadwick Boseman as the superhero king T’Challa, this movie introduced the world to Wakanda, a secretive African nation with super-advanced technology and a rich cultural backstory. Much of the conversation around Black Panther focuses on its impact as a blockbuster with a predominantly Black cast. It set a precedent for Hollywood, telling an unabashedly political story about colonization and the African diaspora. On top of all that, it’s a damn good action movie. Packed with already-iconic moments, it earned praise for its witty dialogue, stellar cast, and visual worldbuilding. —Gavia Baker-Whitelaw

In just 40 minutes, End Game makes a big impact. Filmmakers Jeffrey Friedman and Rob Epstein bring viewers face to face with terminally ill people receiving palliative care as they prepare to die. Grappling with one’s own mortality is obviously heavy subject matter, and the film embraces that in order to show you what the process has on the patients, the family members, and the doctors themselves. End Game is a tough watch, but it does offer perspective and is worth your time. —Eddie Strait

Arriving 14 years after the original, Incredibles 2 debuted in the midst of a much more crowded cinematic superhero field. But by keeping the focus on the Parrs, it tells the kind of story we don’t often see in these movies: a more intimate family struggle as Elastigirl becomes the face of an effort to make supers legal again. It leaves Mr. Incredible on the sidelines to take care of the kids, but what could’ve been a tireless and sexist trope evolves into something more layered and nuanced. Jack-Jack, whose powers were revealed toward the end of Incredibles, handily steals the show as he switches from one power to the next on a whim. —Gavia Baker-Whitelaw

Do you love dogs? Of course you do, and Wes Anderson knows it, and he’s gonna break your heart. This stop-animation tale about dogs exiled to a place called Trash Island digs deep into our bond with canines, but it also boasts an incredible voice cast: Bill Murray, Bryan Cranston, Jeff Goldblum, Yoko Ono, Greta Gerwig, and more. —Audra Schroeder

Not for the faint-hearted, A Quiet Place is one of the scariest films of 2018. The concept is simple: In post-apocalyptic America, John Krasinski and Emily Blunt play the parents of a young family, hiding from deadly aliens who attack based on sound. This family has carved out a surprisingly idyllic existence in the countryside, but they must live in complete silence, communicating only in sign language. Obviously, this is a great idea for a horror movie, but the execution is what really elevates it to greatness. A Quiet Place is warm, thoughtful, and visually beautiful while also being muscle-clenching tense to watch. —Gavia Baker-Whitelaw

Inspired by his childhood in 1970s Mexico City, Roma is the latest film from visionary writer/director Alfonso Cuarón (Gravity; Children of Men). It’s a moving autobiographical drama about a young woman who works as a housemaid for a wealthy Mexican family, based on Cuarón’s beloved childhood nanny. After earning widespread praise at film festivals, this could be Netflix’s first chance at one of the major Oscar categories. —Gavia Baker-Whitelaw

Of all the iconic Star Wars characters, Han Solo is the least viable for a prequel. His evolution begins when he meets Luke Skywalker, making him unavoidably static in his younger years. As a result, Solo feels unnecessary, despite a strong performance from Alden Ehrenreich. Gone are the sweeping mysticism of the Jedi and the creeping tendrils of the Empire’s backstory; instead, viewers get a competently made blockbuster with nothing at its core. Solo lacks the energy of action/heist movies like the Fast & Furious franchise, and it fails to become something deeper than an appeal to nostalgia like Rogue One did. Ultimately, Solo offers little new insight into the Star Wars universe. —Gavia Baker-Whitelaw