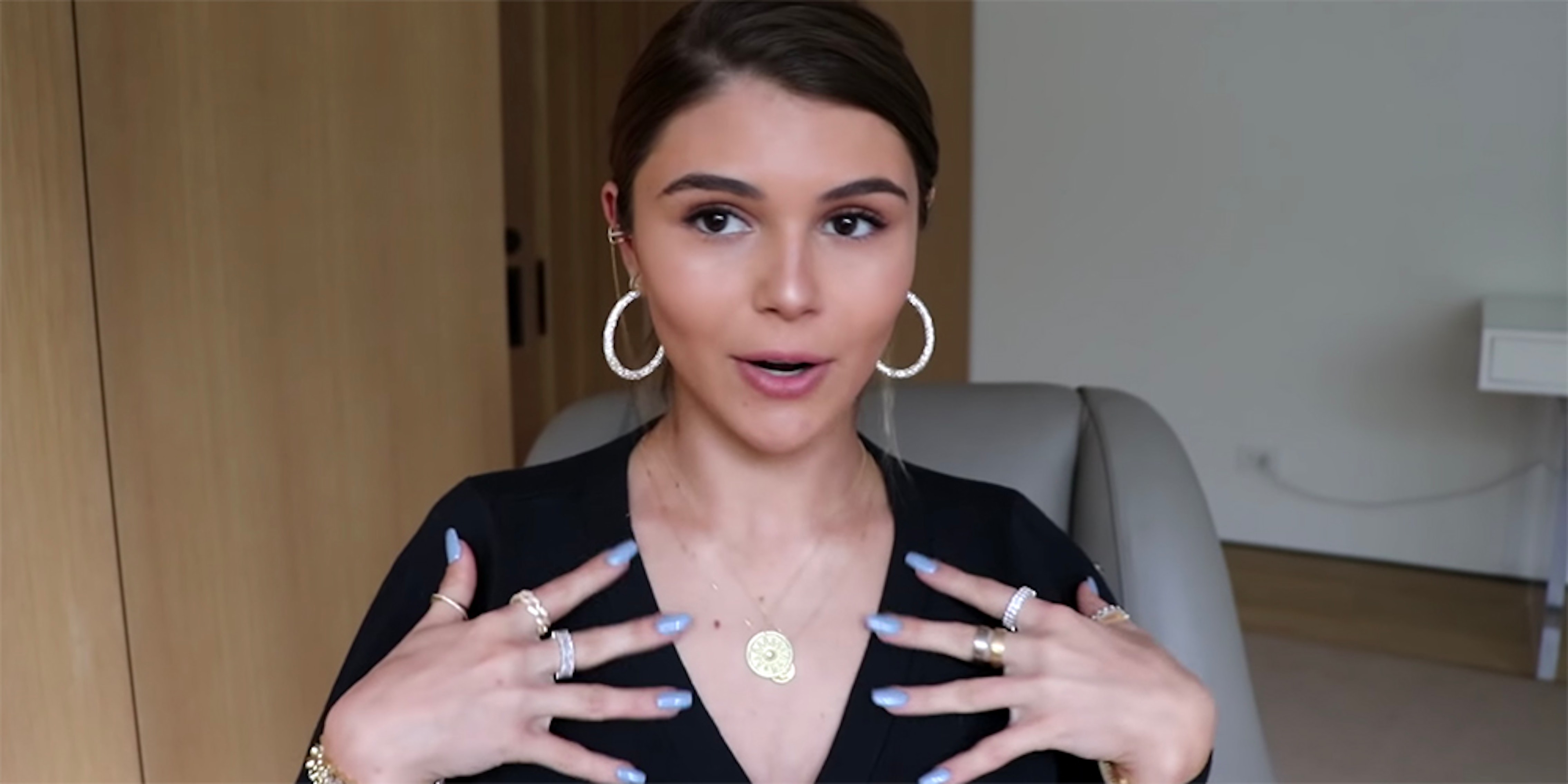 'Olivia fully knew what her parents did to get her into USC.'

Ever since the Varsity Blues admissions scandal broke in March, the 19-year-old former YouTube star has been notably silent from social media. Her parents, Lori Loughlin and Massimo Gianulli, are facing serious jail time for allegedly paying $500,000 to get her and her sister Isabella Gianulli into the University of Southern California via bribe. Olivia Jade faced her own scandal after a now-deleted video emerged of her stating she regularly skipped her USC classes and only attended college for the parties.

But Us Weekly reported on Sunday that Olivia Jade knew of her parents’ participation in the bribery scandal, but did not care.

“Olivia fully knew what her parents did to get her into USC, but didn’t think there was anything wrong with it,” an insider told the publication. “She didn’t get into any other California schools.”

Though Jade and her sister have yet to be expelled from USC, the two did not return to the campus after the academic cheating scandal broke and their cases are under review with the university. Us Weekly reported on Monday that the teenager has been begging the university to let her return, even though she knows it’s a longshot.

“She knows they won’t let her in, so she’s hoping this info gets out,” a source told the publication. “She wants to come out looking like she’s changed, learned life lessons and is growing as a person, so she for sure wants people to think she is interested in her education.”

Jade lost nearly all her sponsorships after the scandal broke, including deals with both Amazon and Sephora, and has been trying to find ways to ease back into the spotlight. Following reports of tension between her and her mother, multiple sources stated that the former influencer was moving out of her parents’ Bel Air, California, mansion. After spending a few nights in Malibu, California, with her then-boyfriend Jackson Guthy, the pair reportedly split and it is unconfirmed as to where she is staying now.

And although she has been photographed partying around Los Angeles with her friends, she has yet to release an official statement or response regarding the Varsity Blues scandal, despite the fact that her parents face prison and she may have to testify against them.

“Olivia has been emotional in the midst of all of this and definitely wants to make a comeback and still wants to be a beauty influencer,” a source told Us Weekly. “She understands she needs to hide out for now and lay low, but she’s anxious to be back in the spotlight again and thinks that over time she’ll be able to come back.”