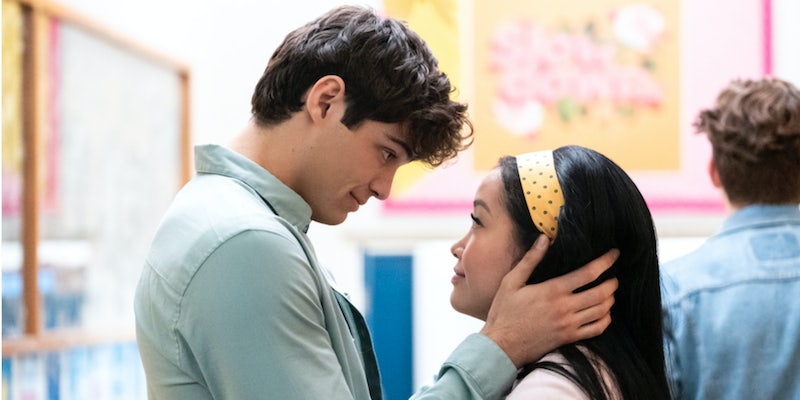 Netflix’s ‘To All the Boys: P.S. I Still Love You’ expands its story but plays it safe

The rom-com sequel brings back the chemistry but doesn't have much to say about love.

Netflix’s To All the Boys I’ve Loved Before was one of those fateful moments where everything lined up: a book-to-movie adaptation that revitalized a genre, got viewers to invest in and care about the characters, and subverted the historically white rom-com formula with a Korean-American protagonist.

Its word-of-mouth popularity and memeability insured a sequel, something rom-coms haven’t traditionally received, and To All the Boys: P.S. I Still Love You tries to further subvert the genre while still paying homage to the classics right from the jump: The opening scene finds Lara Jean Covey (Lana Condor) mimicking the iconic opening of Adventures in Babysitting.

To All the Boys: P.S. I Still Love You

The second movie adapted from Jenny Han’s YA trilogy, it opens on a blissful Lara Jean and now-official boyfriend Peter Kavinsky (Noah Centineo) enjoying those first beats of a new relationship after the rogue love-letter chaos of the first film. It’s also set around Valentine’s Day, for maximum aesthetic appeal.

There are little moments of world-building: Lara Jean and sister Kitty (Anna Cathcart) attend a Korean New Year celebration; her dad (John Corbett) is given a love interest. While doing community service at a retirement home, Lara Jean meets fashionable resident Stormy (Holland Taylor), who becomes a maternal figure, guiding her through the emotional highs and lows of her first boyfriend. It’s also where the big complication arrives: She has to work alongside John Ambrose (Jordan Fisher), another crush who received Lara Jean’s letter. (The clumsy girl trope is unfortunately invoked in their meet-cute.)

With a love triangle in place, we get a little more backstory into Lara Jean and John Ambrose’s middle-school friendship. Meanwhile, jealousy over Peter’s ex (Emilija Baranac) leads to more complications, but we don’t get a lot of insight into Peter’s backstory or any real character-building. He’s thoughtful but also a little clueless; genuinely cares for Lara Jean, but doesn’t have much of an identity beyond football. (There’s also Centineo’s Netflix-assisted ascent as rom-com boyfriend, which seems to have only strengthened his brand.)

So there’s the jock/nice guy dynamic, which neatly sets up the who-will-she-choose hurdle, but there are smaller moments that could have been expanded on: Christine (Madeleine Arthur) advises Lara Jean to learn how to pleasure herself before she has sex with anyone; as she debates the Peter/John Ambrose dilemma, pal Lucas (Trezzo Mahoro) reminds Lara Jean that there are far more options in high school as a straight woman than a gay man. Sometimes the film is so focused on its aesthetic that it rushes past conversations happening on the edges.

Perhaps the third installment will open up more stories. Han said in a recent Twitter thread (about meeting Bong Joon-ho‘s son) that they filmed in Seoul last summer, so it seems there will at least be a change of scenery. Fans waited up to five hours for a January screening of the sequel in Manhattan, armed to the teeth with trivia and insight. That the franchise has retained a devoted audience speaks to Condor’s complete command of the role, and while the sequel still has chemistry, it feels a bit confined by its love triangle.