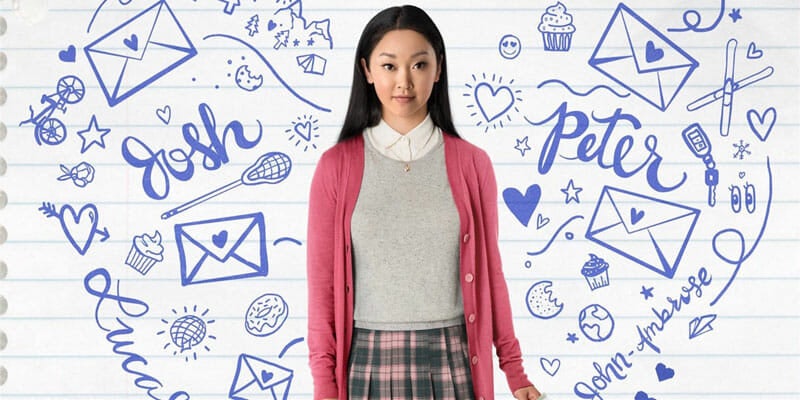 Since debuting on Netflix a week ago, the film To All The Boys I’ve Loved Before has become an immediate smash hit, breathing new life into the teen rom-com.

In the film, 16-year-old, half-Korean high school junior Lara Jean copes with her crushes on boys by writing them sealed love letters, which she keeps hidden away in a teal hatbox her late mother gave her. The strategy works until the letters “accidentally” get mailed and wacky hijinks ensue.

Eventually, Lara Jean (spoiler alert!) ends up making a real connection with one of the boys from her letters and (ostensibly) they live happily ever after—or whatever the expiration date is on a teen relationship, anyway.

Jenny Han, the author of the 2014 New York Times best-seller that the movie was inspired by, used her own experiences of writing secret letters to boys she had crushes on as a teenager.

Like most films in the genre, To All The Boys I’ve Loved Before paints a dewy, innocent look at teen love through rose-colored glasses. Of course, that’s unfortunately not how real life romance always works. As a result, a sardonic backlash to the film has been growing on Twitter in the form of a meme riffing off the partial title of the movie.

You can see a few examples below:

To All The Boys I’ve Loved Before they couldn’t pronounce my name correctly.

At least one person used the meme to make a statement about gender and sexuality:

And I’m backing away slowly from this one:

Even Netflix Canada got in on the action with this far too relatable example:

To All The Boys I've Loved Before but instead of my sister leaking letters, it's me drunk texting 5 guys that were nice to me once

If only we could all be so lucky to have a hunky dreamboat like Peter Kavinsky in our lives. Oh well. A girl (or guy) can always hope.