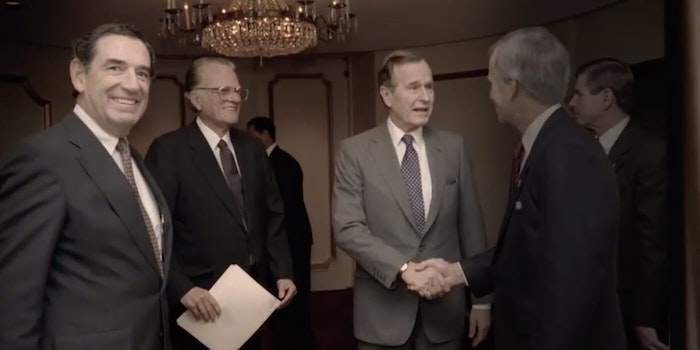 The review said it depicts 'Bible-believing Christian conservatives as power-hungry elitists and hypocrites.'

Based on the book by Jeff Sharlet, The Family is a docu-drama delving into a prominent and secretive Washington, D.C.-based Christian organization, the Fellowship Foundation, which has its tentacles spread around the globe. That the group has built an entrenched global theocracy serves as its core argument.

When Netflix said they wanted to interview me about my books on #TheFamily, I hesitated — I've moved on to other subjects. I wasn't sure I wanted to return to that. I didn't want to risk their retaliation. I'm glad I did. But I'm not brave. I worry.

The unknown writer of the review is mad about the series, saying that it “serves as a prime example” of bias and that “discerning viewers will note that some of the archival footage is edited deceptively, without proper context.”

Later, they write that the “actors who play Christians in the reenactments appear socially inept, strange, and unbelievable…as such, it presents a very strong anti-Christian, humanist view of its subject. THE FAMILY is a false, abhorrent piece of bigotry.”

The site also warns that President Donald Trump’s characterization in the film is that of a “wolf” when it comes to POTUS’ relationship with right-wing Christian voters.