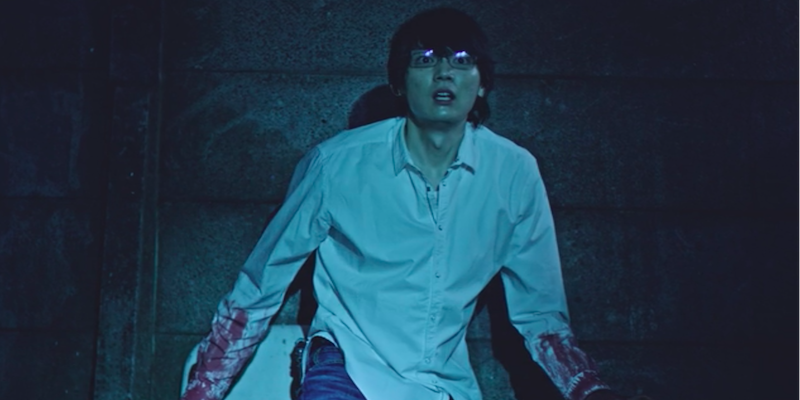 The time-traveling adaptation brings a beloved comic to the flat screen.

As Netflix continues to flood us with a more beefy librarian of Japanese and Korean dramas, Erased is a standout show you’ll want to binge.

Based on Japanese author Kei Sanbe’s mystery manga series Boku dake ga Inai Machi (“The Town Without Me”), Erased follows 29-year-old aspiring manga artist Satoru Fujinuma (Yuki Furukawa) who unexplainably possesses the ability to travel back in time moments before a life-threatening incident occurs, allowing him to prevent it from happening. But this hefty story from director Ten Shimoyama isn’t just for sci-fi fans.

At his initial introduction, Satoru is etching out a simple and quite frankly boring existence as a pizza delivery boy while he waits for his big break. After landing himself in the hospital trying to stop a driver asleep at the wheel, we see that Satoru is not an adept hero but has good instincts that eventually lead him down the right path.

Satoru goes back in time to save a relative’s life. Incidentally, he goes back 18 years where he becomes involved with a set of unsolved murders that plagued his elementary school. At the time of the crimes, a close friend of his was jailed despite little evidence connecting him to the cases.

Placed in his body as a young teen, Satoru retains his adult conscience and works to solve the crimes both for the sake of his three friends’ lives that were taken using his knowledge of how the murders were carried out. He also cannot return to the present until the murders are solved. Although it seems like this plot device could weaken the narrative, the villain is cunning and adapts to each curveball despite the changes Satoru causes.

Moving between the past and present, the 12-episode series weaves a beautifully complicated melodrama as Satoru narrowly stays ahead of the murderer before climaxing into a head-on confrontation. The crimes are made even more chilling after the villain is finally exposed.

This is an often mentally taxing show that requires no small amount of attention to follow. The episodes are 30 minutes long and the writers concisely yet poignantly pack in tons of details.

The suspense pulls you along tactfully without giving anything away as the mystery slowly unravels. It’s a well-built story and literally, not one minute of this show is wasted. The real stakes are aptly displayed in the dangers Satoru faces as a child and adult working to stop a murderer.

A solid ensemble of supporting characters such as his close friend Kenya’s keen perception and his mother Sachiko’s upstanding righteousness push Satoru along when he finds himself stuck.

The narrative touches heavily on bravery, friendship, and caring for those on the outer fringes of society. Satoru’s going back in time also gives him a chance to forge better relationships he missed the first time around. It leads to a more empathetic and engaging adult Satoru. The show expertly connects the future with the past, and for a time travel spectacle, carries moving emotional stakes.