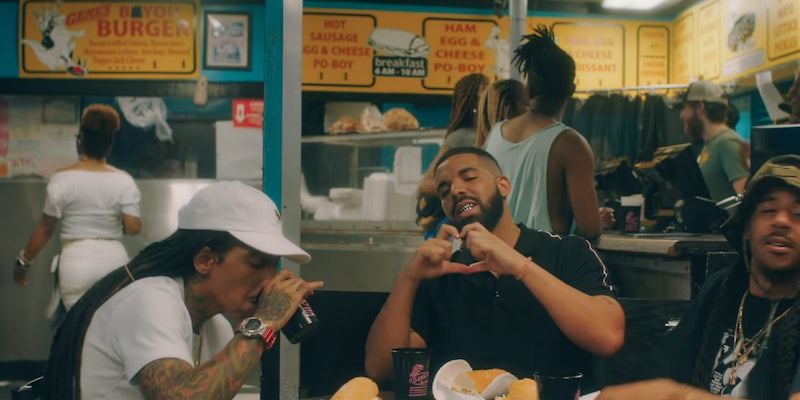 Double murder suspect does ‘In My Feelings’ challenge in custody

The viral challenge has reached its logical conclusion.

There is a late entry for best/worst “In My Feelings” challenge, and it involves a double murder suspect.

The “In My Feelings” challenge, which is soundtracked by Drake and led the masses to dance in front of moving cars, has dominated the summer. Just when you thought it might finally be over, Antwan Mims, a man suspected of double murder, has released his version on the tarmac of the Southwest Michigan Regional Airport.

In a video, Mims can be seen being led off a plane in handcuffs and into a car, but on his way there he smiles and does the challenge’s signatures moves. Mims is accused of murdering two men at a Benton Harbor, Michigan, house party on March 25 and has been on the FBI’s Most Wanted list. He was arrested on July 31 in Georgia and transferred back to Michigan on Monday. An arraignment hearing took place on Tuesday and Mims was denied bond.

While some of those surrounding Mims awkwardly smiled at his moves, perhaps not aware they were inadvertently taking part in a waning viral challenge, Benton Harbor’s Director of Public Safety Dan McGinnis was not feeling it. He told WNDU: “It’s almost like it was a joke. He’s taken two people’s lives.”