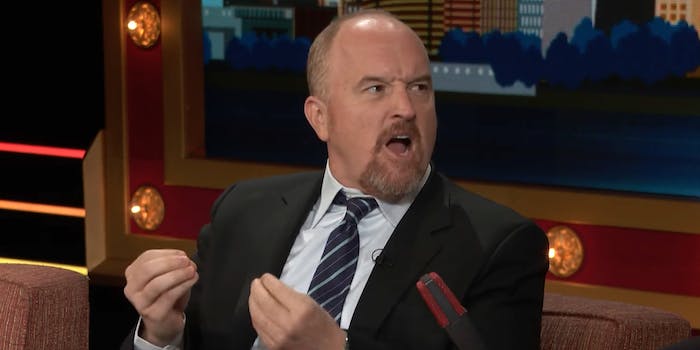 'We need just a tough, b***h mother who nobody likes, who just does the shit.'

Earlier this year, Louis C.K. compared Donald Trump to Hitler in an email to fans, and while he wasn’t advocating for a particular candidate at the time, he certainly is now.

Speaking to Conan O’Brien Tuesday night, the comedian revealed to the audience that he’s voting for Hillary Clinton, and he emphasized that it’s not a resigned decision to vote for the “lesser of two evils.” He’s emphatically with her.

He’s also excited about the prospect of having the first mother in the White House because after 240 years of fathers (although not every president was a father), the country needs a strong mother. And while his point gets lost a bit by reducing Clinton to her role as a mother, he wants a president that’s able to get shit done and be able to withstand criticism.

But more importantly, he wants other people to vote for her—especially other liberals who may not like Clinton or don’t want to vote at all.