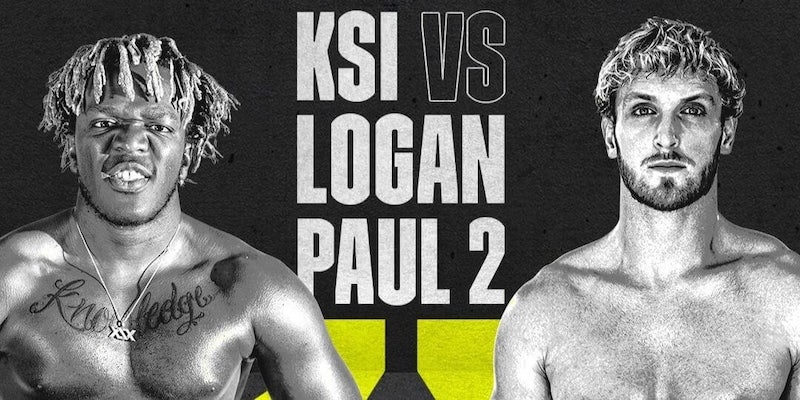 Here’s how you can watch the Logan Paul vs. KSI YouTube boxing rematch

Let's get ready to rumble (again).

In the first Logan Paul vs. KSI YouTube boxing extravaganza, the fight streamed live for a fee on YouTube, but millions managed to watch it for free on pirated streams anway. Now, for their Nov. 9 rematch in Los Angeles, DAZN will be the streaming service to broadcast the event.

The rematch will be promoted by Matchroom Boxing, one of the premier boxing companies in the sport, and that presumably means the event—which is almost sure to sell out the 20,000-seat Staples Center—will be run by professionals who stage large-scale sporting events every week and who know how to get people to tune in to a fight.

“Thirteen months ago, when the first fight took place, I smirked and pondered how embarrassing it would be to stage this event in a 20,000 seater arena,” Matchroom’s Eddie Hearn said in a statement. “What I saw was a phenomenon; a sold-out arena, over 1 million PPV buys but more importantly an energy of a new audience to the sport of boxing.”

Mostly, Hearn said he wanted both fighters this time to compete without headgear—in essence, turning them from amateur boxers into professionals—and to use 10-ounce gloves instead of the larger (and safer) gloves the two used in their first meeting.

“If we are going to do this, then let’s do it properly,” Hearn said. “Both men obliged and now they prepare for war on Nov. 9. This event will be huge, a world championship card beneath an event that will create a hype for boxing not seen in the U.S. for a long time. Staples Center will be sold out and a new audience will join our great sport and tune in live on DAZN.”

In their first matchup, the two fought to a majority draw. Paul (19.7 million YouTube subscribers) dominated in the first few rounds, but he tired in the middle rounds, and by the end of the fight, KSI (20.3 million subscribers) was on the verge of knocking Paul out.

“What a fight,” KSI said in the immediate aftermath. “Jesus. Logan, I think there’s only one thing to do. We have to have a rematch. That was fun. I’m down, bro.”

Paul responded, “I think it’s what the people want. Let’s give them a motherfucking rematch.”

Now, the two are threatening to punish each other in their second meeting.

“I’m excited to ruin [KSI’s] face …” Paul said in a statement. “Last fight, KSI couldn’t beat me with only three months of training under my belt. For the past year, while [he’s] been wasting his time trying to become a rapper, I’ve been training every single day. I’m finally getting what I wanted from the beginning—no headgear, 10-ounce gloves, and the opportunity to dismantle [his] repugnant face in Los Angeles, my home city.

“After November 9, the embarrassment of losing will eat away at KSI’s ego for the next decade; he will be afraid to show face in America.”

Said KSI: “If I’m being honest, I didn’t fight well at all in the first fight, and even then, I still managed to draw against him. This time I won’t make it so close, especially now that it’s a pro fight, no head guards and 10-ounce gloves … The time to end him is nearing. I can’t wait to see the memes of him slumped on the ground after I’ve repeatedly beaten the life out of him.”

Unlike the YouTube PPV that cost fans $10 to watch the first fight, the DAZN streaming service is $19.99 per month or $99 for the entire year.