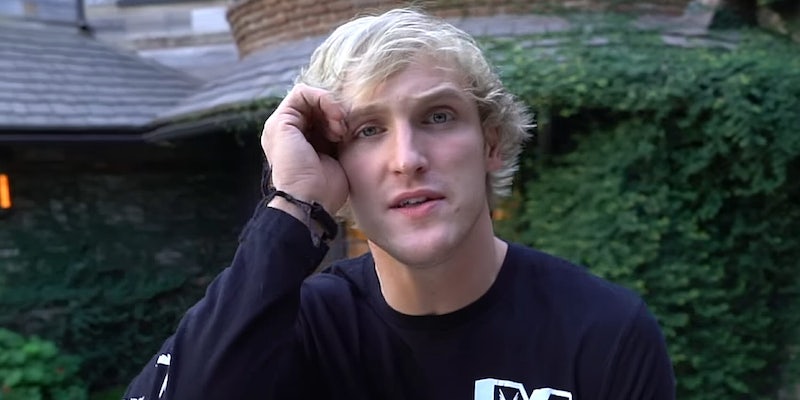 If you thought YouTube star Logan Paul had changed his ways because of one suicide prevention awareness video, the last 24 hours have probably been a slap in the face.

On Sunday afternoon, he dropped his latest video, in which he brawls with a little person, aggressively promotes his merchandise, and blames YouTube for having to do so.

Not to be outdone, he tweeted Monday about the Tide Pod Challenge.

He’s not necessarily making fun of suicide with those six words, but Tide Pods have become meme-worthy, and with some YouTubers chomping down on the laundry detergent packets in order to increase their viewership—and considering how young Paul’s fanbase is—his tweet is an irresponsible one.

Paul stoked an international controversy last month by posting a video from a Japanese “suicide forest” that featured a dead body, and as a result, he lost about half of his YouTube revenue and faced relentless criticism across the internet.

Paul took about a month off from daily vlogging. He went on a redemption tour, posting his heavily produced, yet apparently sincere video about suicide prevention and giving an interview to Good Morning America in which he said he had—and would continue to become—a better person.

In his return to vlogging, Paul again said he had made mistakes. But the underlying theme of that 12-minute video was that he had simply stopped caring about rebuilding his reputation.

Said Paul in his video, “I will never, ever, ever forget who I am at my core, and no one can make me think otherwise.”