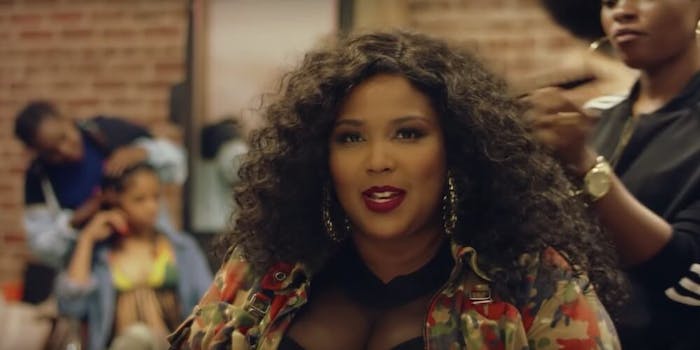 Even her announcement prompted trolls to comment with celebratory tweets.

Famous singer, rapper and flutist Lizzo announced she’s taking a break from Twitter saying that there are “too many trolls.”

“Yeah I can’t do this Twitter shit no more…too many trolls,” she wrote on Sunday evening.

“Confidence is comin back…it’s over for u troll bitches,” she wrote on Instagram on Monday evening.

Lizzo became more popular in the past year. She has used her fame as a platform to share body positivity. Several of her songs are about loving yourself and your body. But she doesn’t just advocate self-love in her songs.

On her social media pages, she routinely posts content about body appreciation. For example, she recently reshared a picture of a fan who said she found the confidence to post a picture of herself through Lizzo’s example.

“THIS is why I do what I do! Shine sista,” Lizzo tweeted in response to the fan’s picture.

But for every fan, there’s also a social media troll. Nearly everything Lizzo does causes social media haters to throw a fit.

Just in the past month, she’s made headlines for wearing a thong dress to the Lakers game, bringing an extremely small purse to the American Music Awards, and shutting down a man who said she’s only popular because of the “obesity epidemic.” Each of these events created an uproar on social media, with trolls criticizing her and fans backing her up.

Even her announcement prompted trolls to comment with celebratory tweets.

Please know for every troll, there are so many genuine fans here to show love and support. We've got your back QUEEN! Hope you come back to us soon! ❤ pic.twitter.com/yQ9ANzTF0u