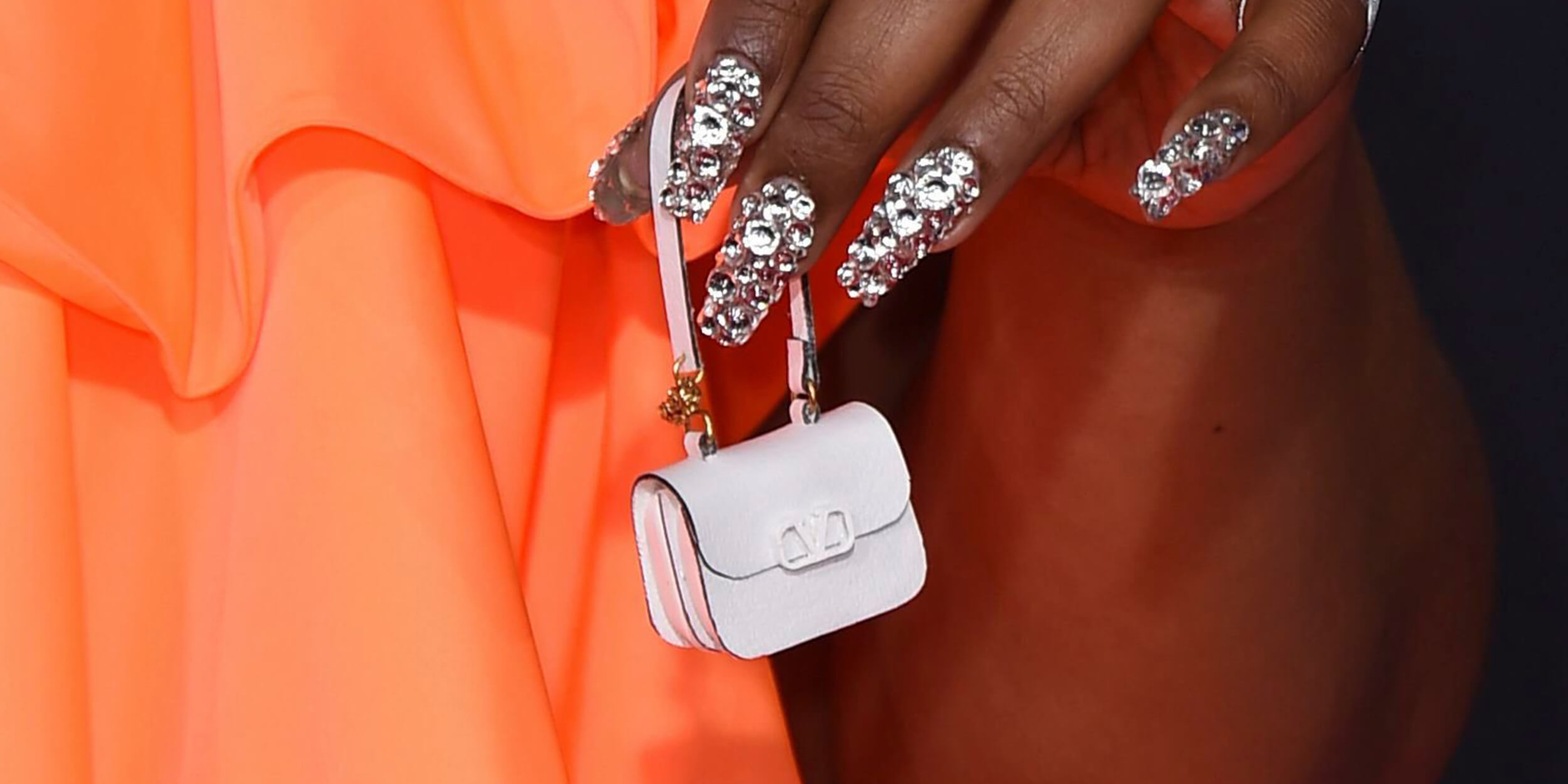 Lizzo takes tiny Valentino purse to the AMAs, spawning theories about what’s inside

Lizzo accessorized her stunning orange, ruffled gown with a very tiny Valentino purse at the American Music Awards on Sunday. And now fans online can’t stop sharing theories about what is inside.

During an interview on the red carpet, the “Truth Hurts” singer told PopSugar that her purse is one of only three ever made in the whole wide world. She also jokingly revealed its contents.

“Oh, I’ve got tampons in here, a flask of tequila, condoms…” Lizzo said.

She also posted a photo of herself with the purse on the red carpet, along with a caption that offered an alternate explanation for what she was carrying.

“Bag big enough for my fucks to give,” she captioned the shot.

But fans were not buying her response and took to Twitter to offer theories about just what Lizzo, whose real name is Melissa Jefferson, was really carrying in her tiny bag.

I can’t believe Lizzo carried my self esteem on the AMA’s red carpet pic.twitter.com/SfhMMTQ6MZ

Others imagined what they would carry in such a small purse.

That's my tiny purse after the impeachment hearings. pic.twitter.com/EMWlQ3fNvf

“Ya’ll hoes wanna know what’s inside of me?” the purse (@lizzostinybag) wrote, followed by several tweets answering the big question.

“Me bringing all my enthusiasm to work,” the bag’s account tweeted.

Though tiny, Lizzo’s bag obviously made a big splash online.