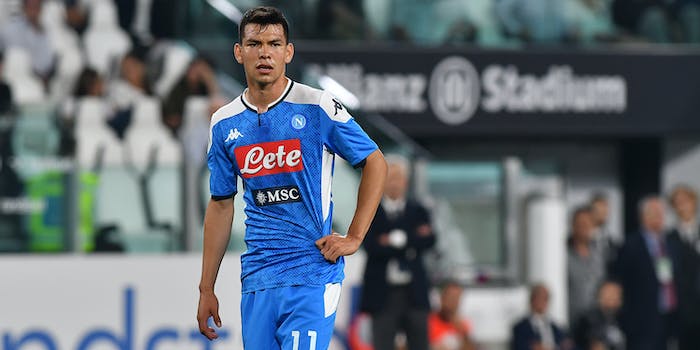 How to stream Liverpool vs. Napoli live

Liverpool can officially punch its ticket to the knockout rounds with a win on Wednesday.

Liverpool and Napoli are clearly the two best teams in their Champions League group, which makes Wednesday’s match especially fun for neutrals as well as fans of both teams to watch. Liverpool has a one-point edge on Napoli, meaning that a win at Anfield sends the Reds through as group winners. In the teams’ Group E opener, though, it was Napoli scoring two goals late to hand the defending champs their only group stage defeat to date.

Here’s everything you need to know to live stream Liverpool vs. Napoli live.

Liverpool vs. Napoli: What to watch for

Liverpool got a brace from Alex Oxlade-Chamberlain its last time out in Champions League play, as it rolled to a 4-1 win over Genk. In the Premier League, the Reds’ record is only blemished by a draw against Manchester United, and they’re still on track for an unbeaten season. They brought late game magic yet again this past weekend, matching Wilfried Zaha’s equalizer with a Roberto Firmino game-winner with less than six minutes in extra time.

Mexican national player Hirving Lozano, getting his taste of Big Five soccer with Napoli this season, got his second goal in Serie A play last weekend to help earn a draw against AC Milan to stay within striking distance of the top of the Italian table. Lozano also got the lone Napoli goal its last time out in Champions League play, as the team drew Red Bull Salzburg to stay within reach of Liverpool in Group E.