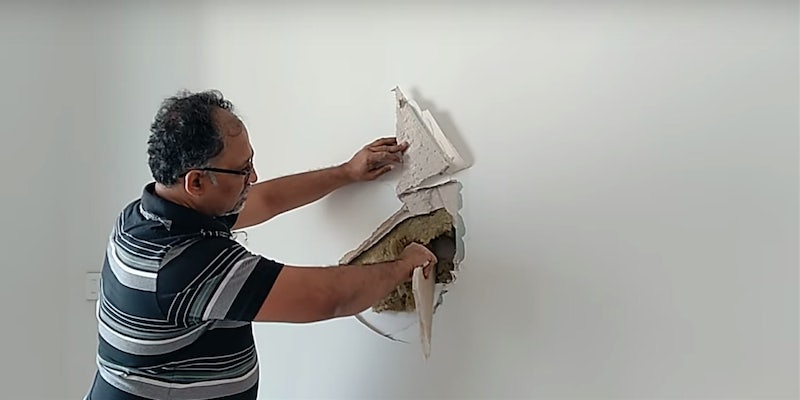 Krishnaraj Rao is fighting back against corrupt development.

YouTuber and activist Krishnaraj Rao has been on a crusade against real estate developers in India, and in a video posted to his channel on Monday, he says YouTube has started blocking many of the critical videos.

A defamation suit has been filed against Rao by Lodha Group, the developers behind many of the properties he posts about. (It’s also behind the construction of a Trump Tower in Mumbai.) Rao claims at least 40 videos were flagged and then blocked in India. Many of the videos detail the safety hazards and poor design in Lodha New Cuffe Parade (Lodha NCP) flats and other Lodha residential properties.

Rao also posts videos with locals who say they’ve been cheated and displaced by powerful developers and people who have purchased flats only to find them unfinished or in bad condition.

Rao isn’t the only person who’s spoken out about the poor quality of the flats: Resident Shilpi Thard recounted moving into one in February 2018 and it being so poorly constructed they worried about burglars. After Rao posted a video showing how easy it was to punch through a wall in Thard’s flat, the video went viral. He and Thard were asked to remove their videos after a complaint from Lodha, which claimed the video was misleading.

Update 10:58am CT, Feb. 13: A representative from Concept PR contacted the Daily Dot to clarify why the videos are being removed, in regards to the defamation suit: “In the said defamation proceedings, the Hon’ble Bombay High Court issued certain directions against the defendants restraining them from uploading videos concerning us or our group. However, in willful breach of the directions of the Hon’ble Bombay High Court, Krishnaraj Rao continued to upload some more defamatory videos. In the said Defamation proceedings, the Hon’ble High Court has directed YouTube LLC to take down the videos uploaded by Krishnaraj Rao which were in breach of the directions earlier passed by it and the same have now been deleted by YouTube.”