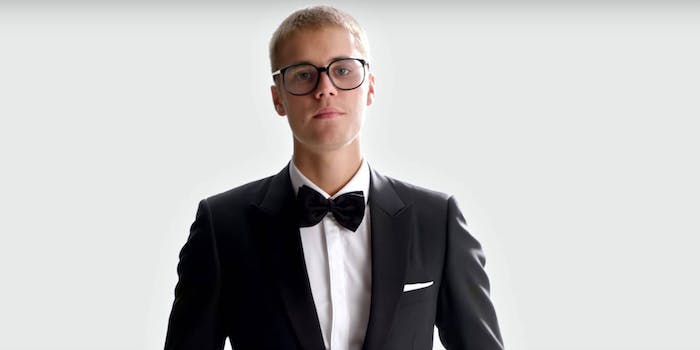 Justin Bieber had to get some photos off his phone, so he’s back on Instagram

Ahead of Sunday’s Grammys, Justin Bieber has returned to Instagram.

Bieber, last seen imitating the Six Flags guy for T-Mobile, posted a clip of the Super Bowl commercial to Instagram last week. But there’d been a 25-week silence, and late last year he compared Instagram to hell.

Now the elevator has opened, the deep red flood of Bieber content gushing out.

Though he’s nominated for a Grammy, it’s rumored Bieber might not attend because the show isn’t relevant. H/T Billboard