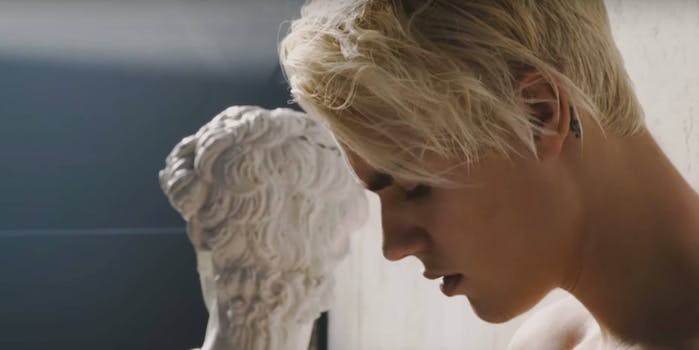 Justin Bieber says hell is being locked in Instagram’s ‘server’

Slide into the DMs forever.

For Justin Bieber, hell is other people on Instagram.

Bieber just finished his European tour behind latest album Purpose, and took some time at his show in London on Tuesday to have an existential conversation about the app.

He left Instagram in August but not totally: His new puppy Todd is still one window into this bleak hellscape. In London, Bieber asked his fans if he should get back on, and after a deluge of affirmative screams, he asserted, “I don’t want to get my Instagram back. Instagram is for the devil.”

He went on to paint a picture of a new kind of hell:

Sounds like Bieber is not returning and the earth will continue to rotate, but he should definitely pitch that as a movie. If the new video for Bieber’s collab with DJ Snake is any indication, he is pro-virtual reality.