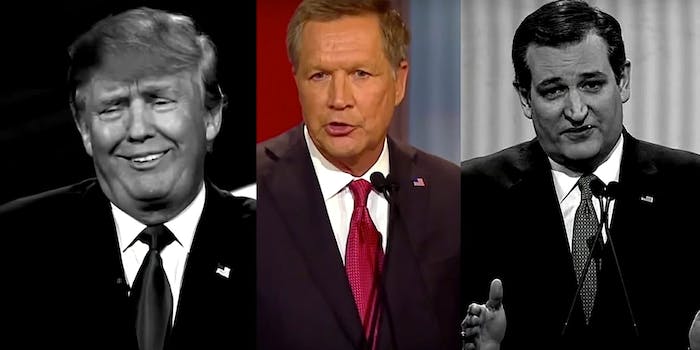 You can't argue with its accuracy.

With Florida Sen. Marco Rubio out of the presidential race, some mainstream Republicans are flocking to Ohio Gov. John Kasich—but it’s not for the reason you’d think.

Jimmy Kimmel highlights Kasich’s electability in a new and fake campaign ad that has nothing to do with his record on the issues and everything to do with the fact that he’s not Donald Trump or Ted Cruz. And that’s a promise he can keep.

It’s not the glowing praise or vote of confidence Kasich needs at this point, but considering the state of the Republican race, he’ll probably take it.