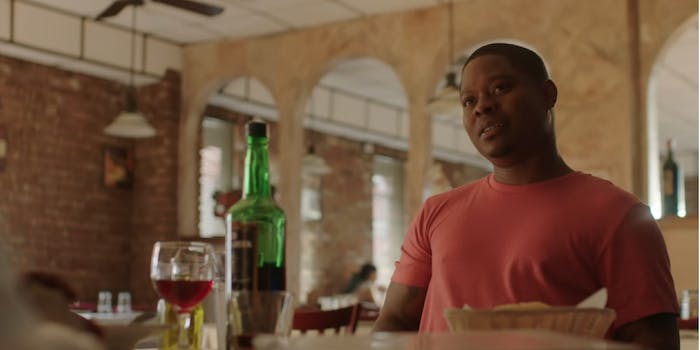 Jason Mitchell fired from ‘Desperados’ and ‘The Chi’ after misconduct allegations

His co-star on 'The Chi' allegedly did not feel safe working with him.

Jason Mitchell (Straight Outta Compton, Mudbound) has reportedly been dropped from his talent agency, as well as upcoming Netflix film Desperados and Showtime series The Chi, over allegations of misconduct.

According to Deadline, there are no specific details about what exactly Mitchell is accused of, but he was reportedly dropped from Netflix comedy Desperados first, and his dismissal came after an investigation into an “alleged off-set incident.” We’ve reached out to Netflix for comment.

A representative for Showtime and Fox 21 confirmed to Deadline that Mitchell will not be featured in the third season of The Chi, but did not comment on specifics. Mitchell plays Brandon, one of the leads on the show, and Deadline cites that Mitchell had previously been involved in “inappropriate behavior” with a co-star. According to the Hollywood Reporter, a source claims that Tiffany Boone, who played Brandon’s girlfriend Jerrika on The Chi, had reported instances of sexual harassment by Mitchell and told Fox 21 that she did not feel safe working with him. Boone was reportedly one of several women on set who had issues with Mitchell.

His talent agency, UTA, and manager have also dropped him as a client. Mitchell has reportedly been replaced by New Girl‘s Lamorne Morris in Desperados.