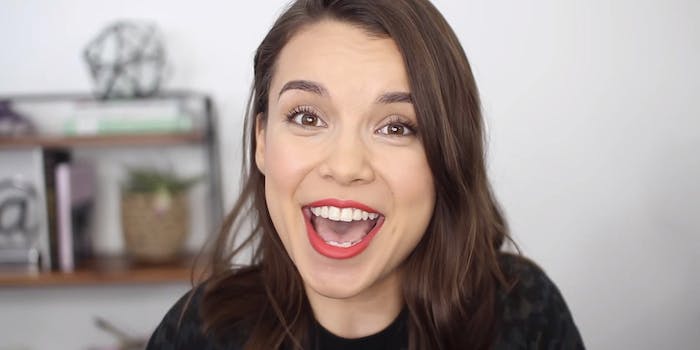 How WCW Ingrid Nilsen became an inspiration to 3.3 million followers

Long before her coming-out video gained international attention, Nilsen was already living life in the spotlight.

Yesterday, Nilsen uploaded her most personal and important YouTube video yet, in which she came out as gay to her 3.3 million subscribers. While spending a large part of the video describing her struggles with and eventual acceptance of her sexuality, it’s Nilsen’s exclamations of joy and excitement about living and loving as her most authentic self that have melted the hearts of viewers around the world. In less than 24 hours, the video has already tallied almost 2 million views, with the comments section filling up with well wishes and support from fans and prominent creators such as Hannah Hart, Zoella, Joey Graceffa, Alfie Deyes, and John Green.

The video is emotional, honest, and beautiful. And years from now, after the buzz of this public announcement dies down, the video will continue to inspire LGBT youth and allies just as coming-out videos from Hannah Hart, Connor Franta, Jelly and Day, Ashley Mardell, Joey Graceffa, and Tyler Oakley have done before.

Here is a girl, finally getting the chance to love herself and a partner in just the way she deserves, and somehow, we as viewers are lucky enough to witness it. It’s moments like these when I can’t help but sit back and marvel at what an amazing, amazing place YouTube is.

But long before her coming-out video gained international attention, Nilsen was already living life in the spotlight after becoming one of the most popular fashion and beauty gurus on YouTube. Though it got its start as a 3am secret in a dorm room in November 2006, the 26-year-old’s channel has since grown into a very public empire covering everything beauty, fashion, DIY, and lifestyle.

What continues to make Nilsen unique as a beauty creator is the confidence she instills in fans to be their best selves—whether that’s through a full-blown makeover, experimenting with a new nail color, or simply treating yourself to a cookie. For me, a girl who defines her style as “whimsical tomboy” (a.k.a. has no clue how makeup works), her videos are fun, uplifting reminders to always approach each day by appreciating and making the effort to beautify my life.

While her beauty videos continue to be her most popular, Nilsen has used her vlogging channel to start vital conversations about body image, dealing with the loss of a parent, and heartbreak. As I see it, her channel is a continuing conversation between one 26-year-old woman trying to figure out her life and the rest of us navigating the exact same situation.

Ingrid Nilsen, while your videos are making the world a more glamorous place, it’s your authenticity and bravery that is changing it for the better. Cheers to you.