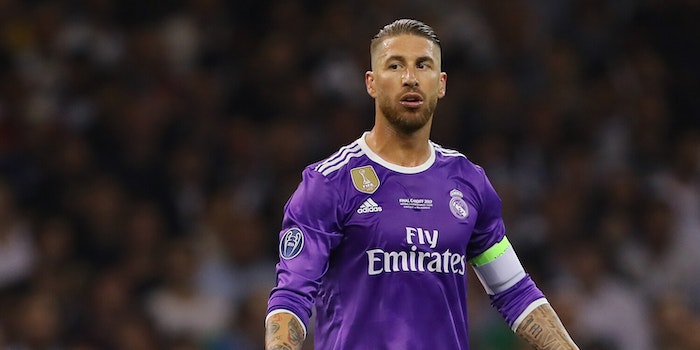 How to stream Real Madrid vs. Galatasaray in the Champions League

Real Madrid is still looking for its first Champions League win of the season. Will it come in Istanbul?

Real Madrid and Galatasaray, after two Champions League matches, are both still looking for a first win in group stage play. For Real Madrid, it’s a particularly surprising turn of events—and not the only surprising circumstance of late. Take Saturday’s outcome in league play: A 1-0 loss to the newly-promoted RCD Mallorca, which allowed Barcelona to move ahead in the La Liga standings.

Here’s everything you need to know to live stream Real Madrid vs. Galatasaray, including what to watch for on the pitch.

The match is on TUDN, UniMas, and B/R Live; the following services provide a one-week trial and therefore an easy way to watch Champions League matches for free.

Real Madrid vs. Galatasaray: What to watch for

Real Madrid is in last place in Champions League Group A, after being expected to hold off PSG for the top spot. Real can still claw its way back to the knockout rounds, but will have to do better than its last time out in Champions League play. There, Real drew 10-man Club Brugge 2-2 at home, letting Emmanuel Bonaventure grab a brace before cashing in on its 27 shots with Sergio Ramos and Casemiro goals.

Galatasaray got a pair of goals from Romanian striker Florin Andone on Friday to get past Sivasspor 3-2 and climb up to fifth in the Super Lig standings. Despite adding Radamel Falcao to its strike force this year, Galatasaray’s been dealing with a spate of draws recently, including a 0-0 draw against rivals Fenerbahce several weeks ago, to keep it out of its customary Champions League places. Despite its recent form, however, Galatasaray remains one of the most spirited hosts in Champions League, with fans who have a flair (and flares) for the dramatic.