These scary movies might keep you up at night.

Amazon Prime has arguably the largest film library among the major streaming services, but quantity doesn’t always equal quality. In the streaming section alone, Amazon boasts over 3,400 titles, but when you’re looking to get spooked, you don’t want to wade through a pile of titles. That’s why we hand-picked the best scary movies for your next horror movie marathon.

From soul-crushing acts of violence to robot murders, this list has a little something for everyone. Turn down the lights, make some popcorn, and hide under the covers. These are the scariest horror movies on Amazon Prime right now.

Before he went on to cult horror fame with Cemetery Man, director Michele Soavi brought terror to the world of ballet with this gore-drenched European slasher. The cast of a stage production is locked into a theater overnight by their director for rehearsals, unaware that an escaped killer for a nearby asylum has snuck inside. Dripping with style and anchored by artistic cinematography, Stagefright has all the trapping of a classic suspense film with all the graphic murders of a slasher.

In the future, a mysterious fungal infection has rendered most of humanity mindless, zombie-like creatures driven only by a hunger for flesh. The only hope for humankind lies in the hands of a small group of domesticated “hungries,” children with a taste for flesh who have kept the ability to feel and think. The Girl With All The Gifts is dystopian horror at its finest, a ravaging tale of survival and human arrogance that breathes fresh life into the stale corpse of zombie films. Warning: If you’re sensitive to violence against or committed by children, this one is going to mess with you.

While The Strangers is the most feared home invasion movie in America, Them is the film that had Europe double-checking their locks at night. A young couple living in an isolated house in the country find themselves surrounded by figures in the darkness around their house. First, their car is moved. Then the sounds start. Before long, the figures want to meet, and their intentions are anything but pure. Its slow-burning pace may not be for fans of slasher movies, but if you like to watch the tension build before finally releasing in a wave of horror, Them will delightfully ruin your evening.

Based on Stephen King’s best-selling novel, Pet Sematary is the best argument for both fencing your yard and staying the hell out of black magic. Following a family tragedy, two parents discover the lengths they’re willing to suffer to undo the pain of death. This film is special in that the basic plot alone is scary enough to justify its existence. Parents beware, this is a rough one.

Looking to have your capacity for evil questioned? Meet Henry. Loosely based on real-life serial murderer Henry Lee Lucas, Henry: Portrait of a Serial Killer is one of the most controversial horror films of all time. Thanks to its mix of artistry and brutality, critics, not to mention the MPAA, have been divided on the film since its release. Some appreciate Michael Rooker’s brilliant performance as Henry, while others are unable to stomach its cruel treatment of every character in the film. This isn’t a slasher so much as it is a hyper-violent character study.

The VVitch examines the horrors that befall a family one season in New England in the 1630s, and the fears that something evil is stalking them, or already living on their farm. Spoken in period-accurate English and lit largely with natural light sources, The VVitch is a terrifying film that takes its time to unfold. The question of whether anything evil is actually after the family isn’t answered for a long time, but no matter the answer, almost nothing is as terrifying as what they do to each other while they learn.

There’s nothing better for a horror nerd than introducing your friends to a new movie. We can promise you almost none of your friends have seen the majesty of Hell House LLC, but that won’t be the case for long. This brilliant found footage movie centers around a group of friends who build a Halloween haunted house inside an actual haunted house. Things, as you may expect, don’t go as planned. This hidden gem deserves a wider audience, and filmmakers should be required to watch it before they make a found footage movie. 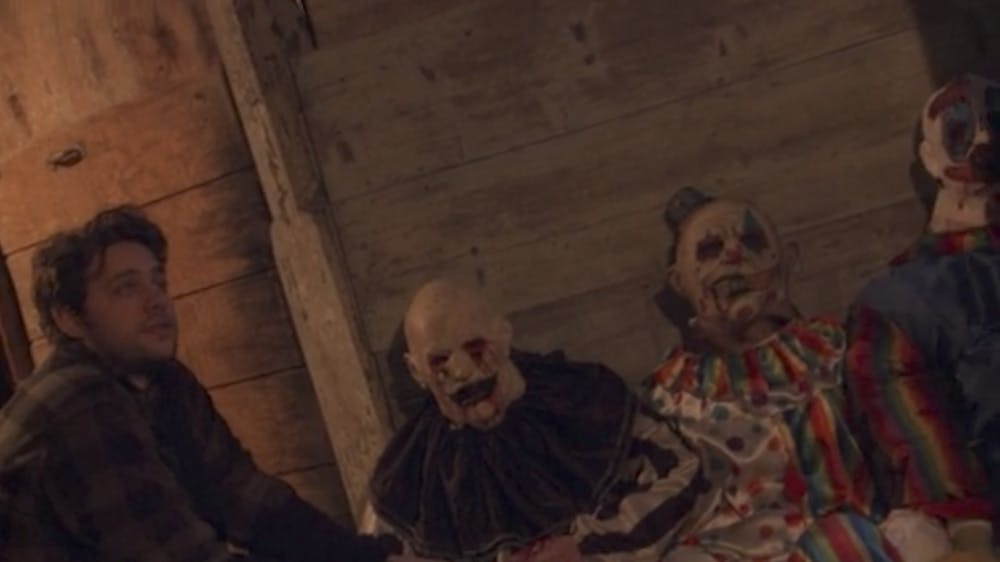 It’s not all doom and gloom on this list. Here’s a humorous treat for fans of practical effects, hirsute heroes, and black comedy. John Landis’ 1981 gem follows an American backpacker as he recovers from a vicious wolf attack in the English countryside that claimed the life of his friend. Only his friend’s corpse keeps appearing to him, with a dire warning to take his life before the next full moon. An American Werewolf in London is legendary for its transformation scenes and undead makeup, but the brilliant acting elevates the entire affair to the level of classic.

Horror comes in many flavors, not all of them involving blood. The Woman in Black is a traditional gothic ghost story, lovingly led by Daniel Radcliffe as Arthur Kipps, a widowed lawyer trying to settle the estate of a recently deceased man. Stuck in a haunted house by the tides, Kipps must try to the solve the mystery of the Woman in Black before she accomplishes her unspeakable goals. Free of gore, this dread-filled nightmare is full of creaking boards, cobwebs, and bumps in the night.

Society is the rare film that is hard to describe without ruining but also feels like something you should be warned about. While the movie features very little blood, it’s still one of the most extreme underground horror films of the ’80s. Bill’s just like other teenagers who don’t feel like they fit in with his family, but when his sister joins the same local social club his parents are part of, things get worse. Suddenly everyone is acting weird, and no one will explain why. We’d love to tell you, but giving anything away would be a crime against, uhh, society. Just trust us, and don’t watch this with any kids.

Sure, you can also watch the original on Amazon Prime, but for our money, it doesn’t get any better than Texas Chainsaw Massacre II. While the original film is a brilliant example of less is more filmmaking, part two is a gonzo explosion of violence and weirdness. Imagine The Goonies but replacing the cute kids with cannibalism and chainsaw duels. Directed by Toby Hopper, who also helmed the original, ups the ante. At a minimum, you owe it to yourself to see Dennis Hopper welding two chainsaws in combat against flesh-hungry rednecks.

Green Room was terrifying when it was first released in 2016, but in 2017, when white supremacists are literally marching in the streets of American cities, it’s become a deeper nightmare. A young punk band takes a last-minute gig only to discover it’s for neo-Nazis. Things take a turn when they witness a crime, leaving them stuck in the green room of the venue while a gang of killers waits outside the door. This 95-minute feature doesn’t waste a second of its screen time, building characters you love and mourn when they suffer. This was one of Anton Yelchin’s final roles, and he’s a beautiful heroic foil to Patrick Stewart in a rare turn as a villain.

Remakes, for the most part, stink. They often miss the point of the original or simply retreat the same material with a new cast and more gore. The Town That Dreaded Sundown is a rare exception. It’s a reimagining of the original 1976 film, based on a real series of unsolved murders in Texarkana in the ’40s, exists. Unlike similarly themed films, The Town That Dreaded Sundown takes its premise deadly seriously, with brilliant and brutal stalking scenes inflicted upon an expert cast. You don’t have to have seen the original to enjoy this reworking, though the little tributes throughout are a nice touch. This one is worth watching for the cornfield scene alone.

Over the course of his storied career, Barry Levinson has directed movies like Rain Man, Good Morning, Vietnam, The Natural, Diner, and a host of other classics. After decades of filmmaking, Levinson finally dipped his toes in the waters of horror with The Bay, an ecological horror film about the unexpected impact of human population on our water supply. Many found footage films suffer from the question “why the hell are they still filming,” but by framing this story as a news exposé, Levinson is able to justify its existence while scaring the living crap out of you.

Of all the films on this list, Offspring comes with the most significant content warning. This is a brutal movie about feral children who live in the woods, and it contains violence by and against children. Offspring is based on the acclaimed splatter-punk novel by Jack Ketchum and maintains the book’s no holds barred approach to terror. Part of the horror of Offspring is watching otherwise good people struggle with the morality of defending themselves against children who just don’t know any better. The rest is wondering if you’ll ever be able to go camping again without hearing the whispers of feral children in the wind.