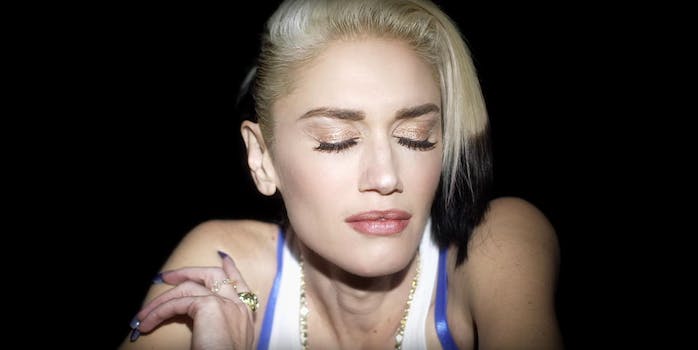 Be careful out there.

The couple, who divorced this year after 13 years of marriage, ran into a mixup involving a phone, the family iPad, and iCloud that ended up revealing Rossdale’s years-long affair with the nanny.

According to Us Weekly:

Back in February, Stefani, 46, uncovered Rossdale’s long-term affair with Mann, who cared for the couple’s three sons, Kingston, 9, Zuma, 7, and Apollo, 20 months.
At the time, the No Doubt frontwoman discovered explicit texts between Rossdale and the nanny — including nude photos of Mann and their plans to meet up for sex — on the family’s iPad.
“The iPad was linked to Gavin’s phone,” a family source tells Us. “One of the other nannies discovered the exchange and told Gwen.”

From the sound of it, they’re lucky the nanny and Gwen noticed the sync before any of the kids did. Silver lining!