You need a clear head, a big breakfast, and plenty of coffee on draft day. And this list.

In my 12-team home league, I have the ninth pick. As of today’s ADP rankings, I’ve got the first 10 rounds of the draft memorized. Obviously, there are variables, but I could get to Round 11 without using any notes.

I’m not telling you this to brag. I’m not even sure it’s that impressive. I’m telling you, instead, because it’s a cry for help.

Yes, I kept tabs on the Buffalo Bills running back depth chart in July, but I’ll wake up on draft day ready for anything.

And a clear head on draft day is as essential as a big breakfast and plenty of coffee. Strategy will be ingrained in us by then. We know everything is right. August is a time of hope. Only in the delirious heat of August, when optimism drips from our brow, can we convince ourselves the New York Giants might be able to win three games. But that’s the beauty of this time of year. Anything is possible.

Take that hope and find the right risks. Find positive situations. And positive things will happen. Fantasy isn’t much different than life in this way.

The Daily Dot never said I couldn’t write stoned. He took a year off and he had a lot of fun. And you know he’ll still shift his hips smoother than James Brown when he hits that second level. And how he always falls forward for positive yards because he’s smart and patient. And now we get an added sprinkle of spite. He’s just 27. Adam Gase might be a roadblock, but Le’Veon is Rambo behind the wheel of a cargo truck. It’s a wonderful story if it comes true. And in August, all dreams come true.

Strap me down, peel my eyes open, and force me to watch his highlights for days. 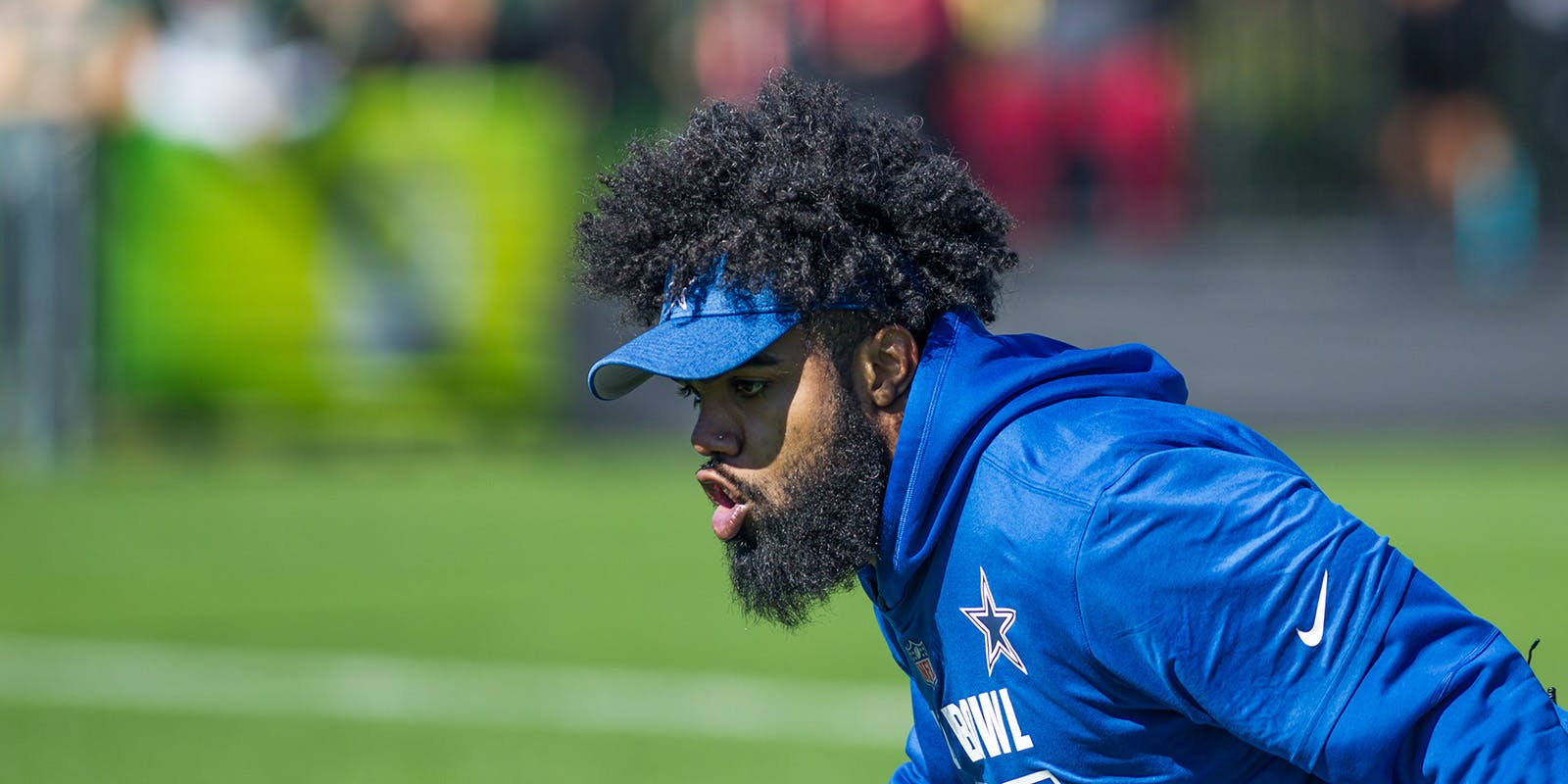 Jerry Jones can’t win here. He will be signed. And the fantasy world wins. He’ll be rested and he’ll dominate. Just make sure he has a chaperone when he goes out in public. What’s Dez Bryant up to these days?

When you make a ridiculous call at one, someone has to suffer.

There are no locks. But Nuk is the reason for the season. 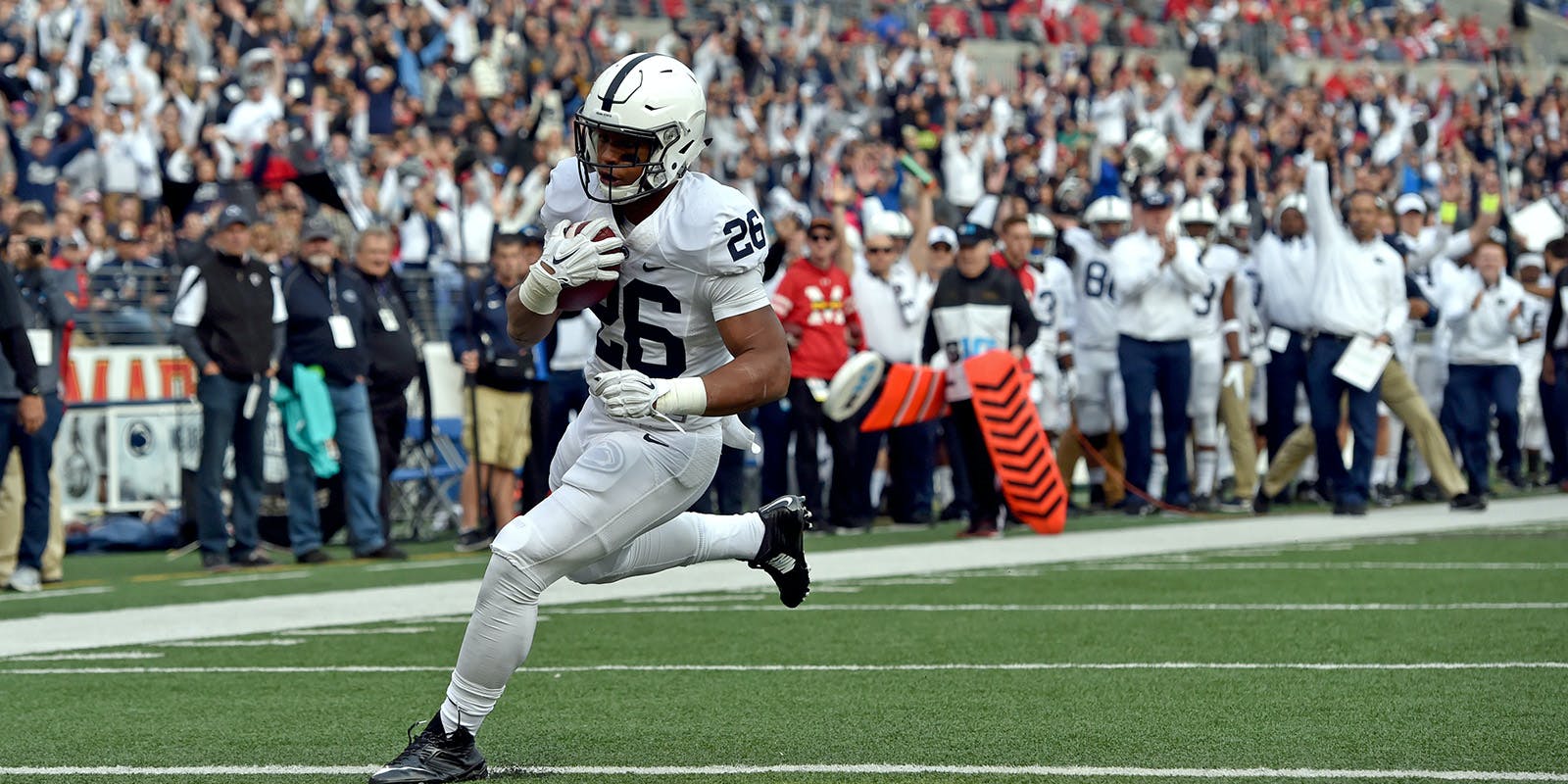 Go ahead, I insist. I got my reasons. I don’t have to share them with you. You are capable of making your own wrong decisions. You don’t need a stranger on the internet telling you how to fail.

Geronimo Allison and Marquez Valdes-Scantling sound like names in a Spaghetti Western. And Jimmy Graham is, like everyone talking to the media in training camp, in the best shape of his life. If Rodgers stays healthy, this pick is a steal.

Honestly, this is a slap in the face to him. I hope he challenges me to a duel. I deserve it.

ODB being the fourth WR off-the-board is wilder than playing in leagues with kickers. Don’t let Big Kicker ringleader Denny Carter brainwash you.

This is gonna be a lot of fun.

“This year is different,” said the robot chicken voices in my head right before a static white noise kicks in with OK Computer playing softly beneath it.

One of my favorite players of all time. I hope he has a couple more in him.

The best part is even if Baker Mayfield fails, which he won’t, Chubb is still gonna get his. Baker and ODB are getting all the pub, but this might be the best of the bunch.

I think Jaylen Samuels is the better value and could steal a fair share of receptions, so there better be TDs.

The target share is higher than me listening to Steely Dan records. It’ll be tough to hit 103 receptions and double-digit TDs again, but if you get 85+ and 7 TDs, you won the deal.

If he’s healthy all year, he will win you your league.

Something tells me Bruce Arians is going to get the best out of Evans. Double-digit TDs. Tell your friends, if you’ve got any. 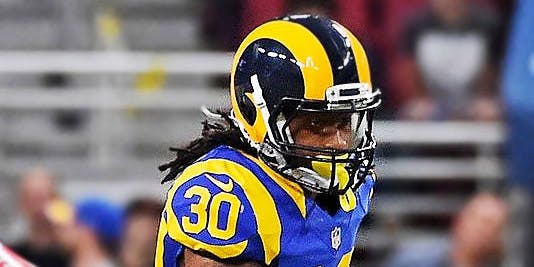 If all of the reports are just rumors, imagine the value. Like looking at Marcellus Wallace’s soul. Rumors floating they might rest him week-to-week. This needs to be approached with extreme caution, like having condomless sex with Gronk.

I don’t have any evidence… numbers, facts, stats, or video, but without AJ Green, what’s this offense look like for 16 games? Maybe Tyler Boyd is the answer. (I hate the word maybe.)

The absolute perfect WR2. Consistency is always a pleasure to have around if everything else starts on fire.

Even Kirk Cousins can’t fuck this up. 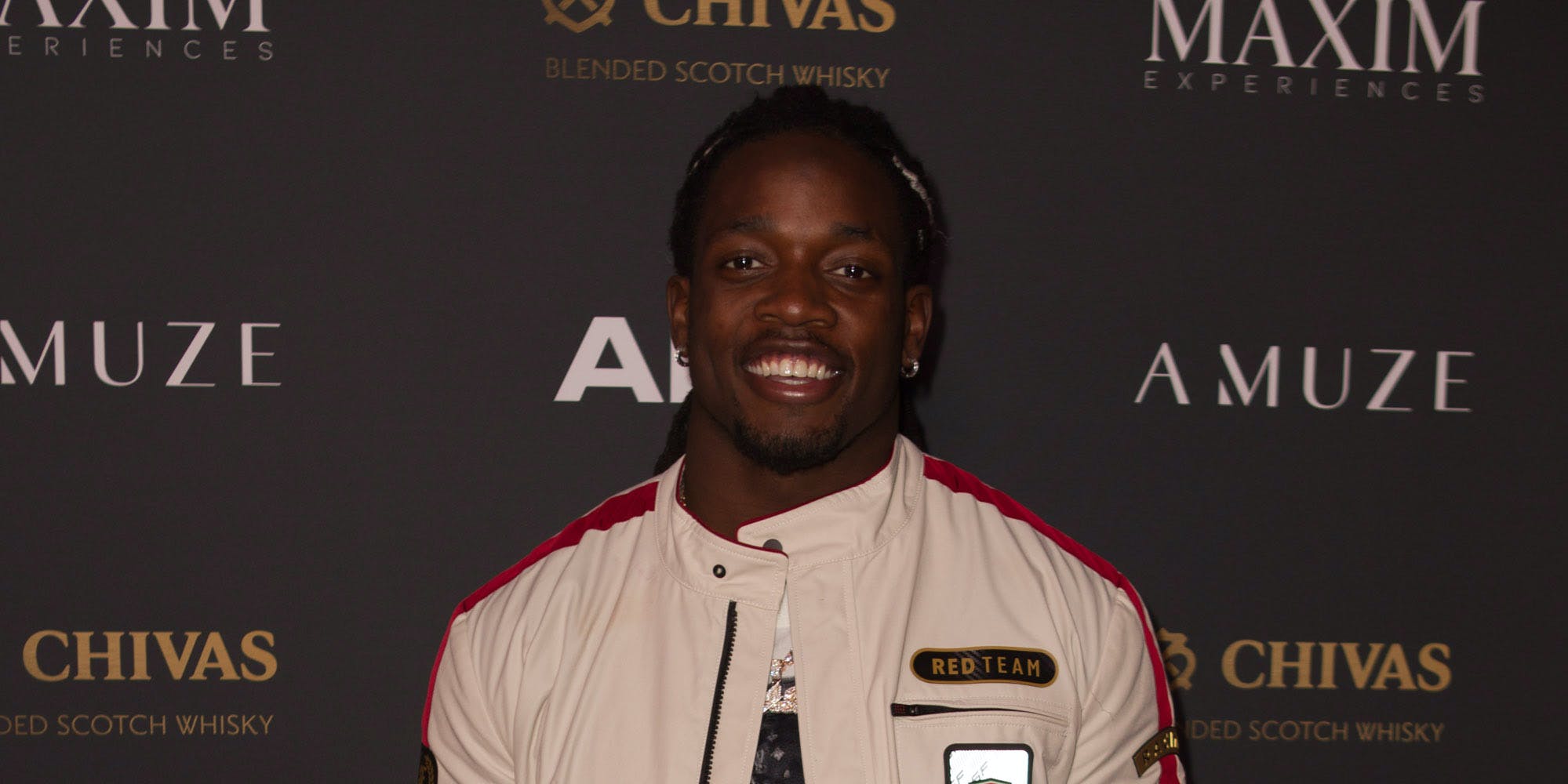 If he signs, I love him here, but this smells eerily like last year’s Le’Veon situation.

I’m monitoring calf updates on Andrew Luck like I’m checking in on my dying dog.

Hamstring has me more nervous than usual. Not a good thing in these weird times. There’s a tension in the air. The only thing you can hope is that everything turns out right. It has to. Humanity bends toward justice. I thought I read that once.

I hate Dallas as much as you do, but this feels better than a Speyside and a spliff. 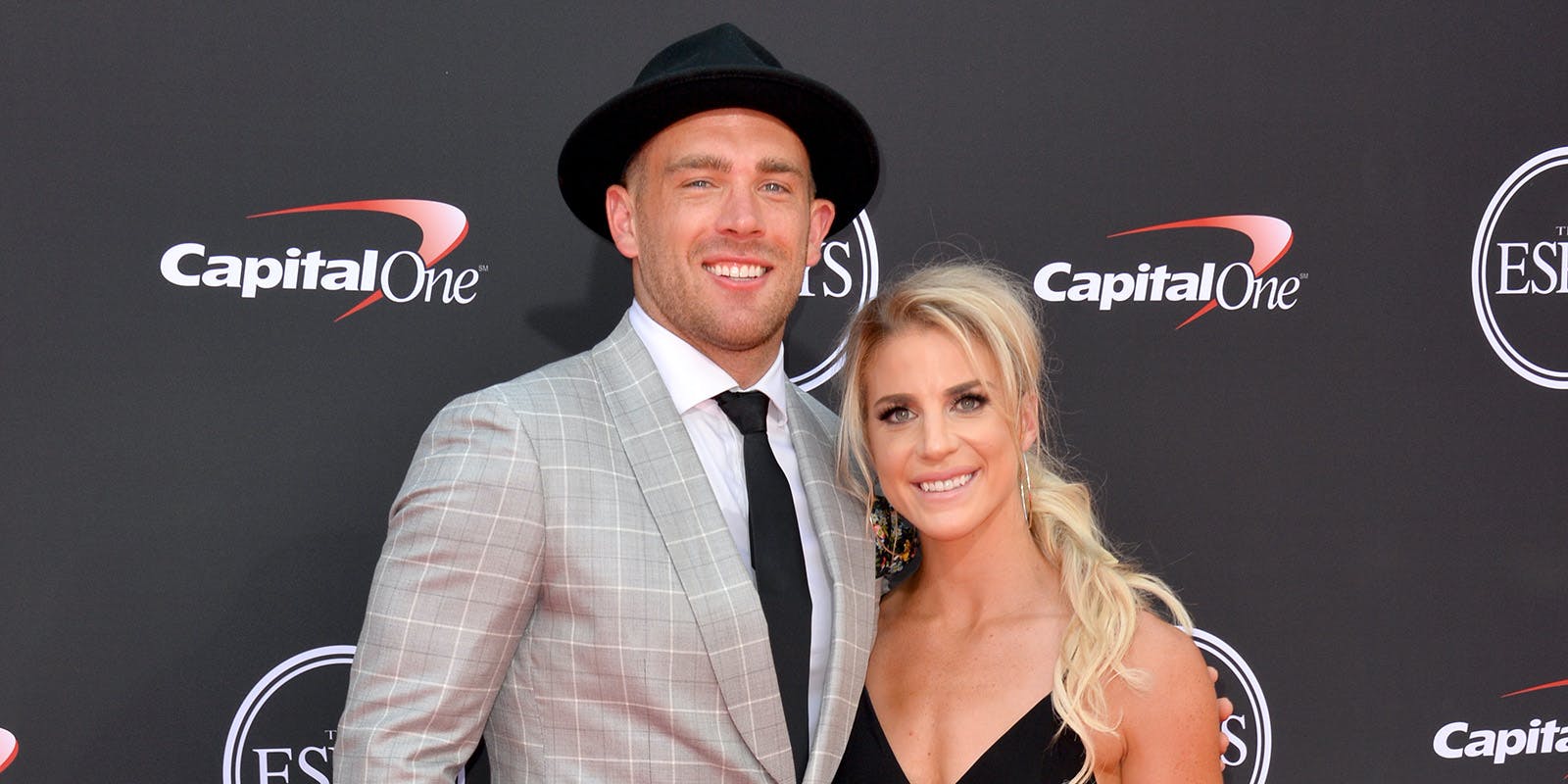 Quit talking yourself out of beautiful things. You deserve them.

The Third Amigo. If you miss here, the road becomes very narrow and very dangerous at tight end. I wish you luck.

Back at practice. But hamstrings linger like an Andy Reid Taco Bell fart. It’s not time to panic. TRUST ME, IT IS NOT TIME TO PANIC.

It’s early. I get it. But frostbitten feet? After he didn’t wear proper footwear in a cryogenic chamber? Has anyone asked him if he talked to Walt Disney? There’s too much to unwrap here.

If he’s healthy, he’s gonna get more work than Robert Kraft’s masseuse. And it’s not like they have a quarterback.

If he’s healthy, light it up and take a puff. 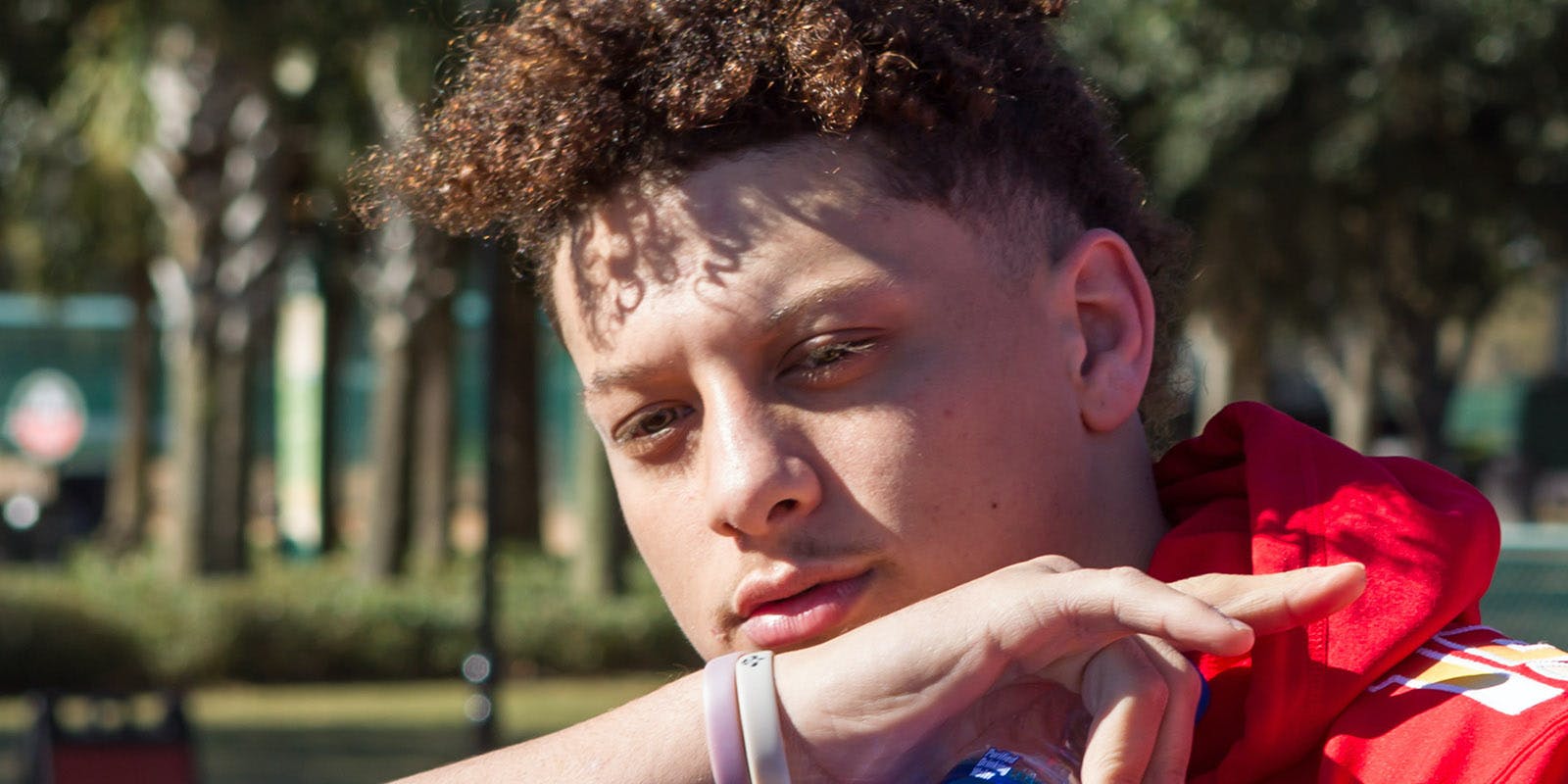 There’s little else left in New England for Terrific Tom to target.

What if he is as great as his potential? That’s the world I want to live in. Each individual reaching their full capacity to function, an Aristotelian perfection. Enriching humankind, encouraging us to live and love. I believe in him because if you don’t believe in people, if you don’t trust them, a trust deeper than that of Montana to Rice, you’re dooming yourself and everyone around you.