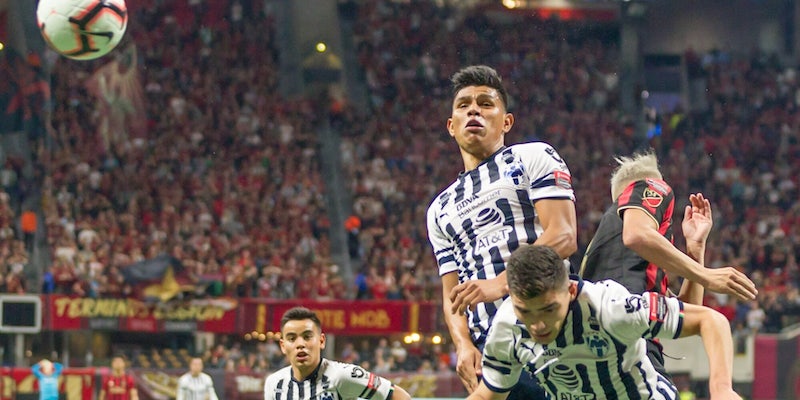 How to stream Monterrey vs. Tigres online for free

A special edition of El Clasico Regio will determine who will be kings of Concacaf.

In last week’s first leg of the 2019 Scotiabank Concacaf Champions League finals, Monterrey went into Tigres’ house and pulled off the 1-0 road win with a Nicolás Sánchez goal. The Rayados have a chance to win this championship edition of the El Clásico Regio that’s been dividing Monterrey for years—though Tigres certainly have the talent and the fortitude to get back the goal they gave away in the first leg. Last year’s CCL final was more enticing for MLS fans due to Toronto FC’s involvement, but Wednesday’s conclusion to the tournament will feature two of Concacaf’s best club teams extending this delicious Liga MX rivalry.

FuboTV is the only live TV service that carries Univision Deportes, and it offers a one-week trial and therefore an easy way to watch Concacaf Champions League final for free.

CF Monterrey vs. UANL Tigres: Why it Matters

One of the most important derbies in all of Mexico—recently made significant by how well the two Norteño squads have fared, and how much star power they feature—converged with the annual tournament determining Concacaf’s best club team. Since the competition was reconfigured into its current form in 2008, only Mexican teams have won the tournament, and Monterrey guaranteed that would continue with a 10-2 aggregate pasting of Sporting Kansas City in the semis last month. Though the Rayados appear to have the advantage with a goal lead and a raucous home crowd behind them, the likes of Eduardo Vargas, Enner Valencia or Andre-Pierre Gignac—the Chilean, Ecuadorian, and French attackers, respectively, who make Tigres truly international—can easily score and get the two-leg series back on level terms. This is a finals that could, like last year’s did, come down to penalty kicks at the very end.