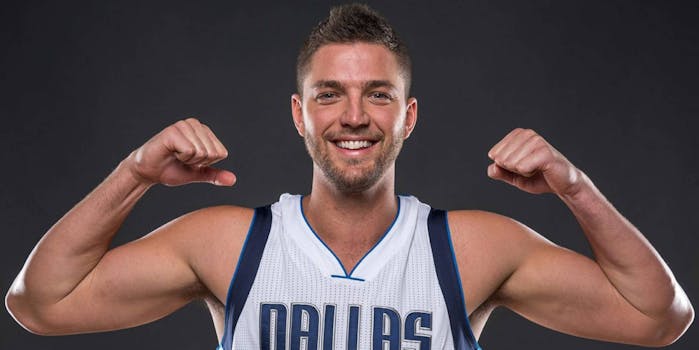 Where are your manners, Parsons?

NBA star Chandler Parsons is temporarily off the basketball court due to injury, but this hasn’t sent him to the sidelines on social media. The Memphis Grizzlies forward has gained recognition lately for inappropriate flirting, and he’s back with his slide-into-DMs ways on yet another Instagram feed.

Just last week, Parsons told model Felicia Sanders to “show me your tits” on her Instagram livestream. The comment was quickly caught and shared on both Reddit and Imgur.

Chandler Parsons is one of the biggest finesse savages I've ever seen play in the NBA 😭 pic.twitter.com/fTkMQeHmZW

His new target is professional golfer Paige Spirinac, whom the basketball player is also reaching out to via Instagram. This time his opening line sufficed to a simple “Hi.” Hey, it’s a drastic improvement.

Maybe it’s because Spirinac is recently engaged that he’s backed off the lewdness for this round of DM sliding. Either way, it may be time for Parsons to take a knee on social media and focus on getting back on the court.