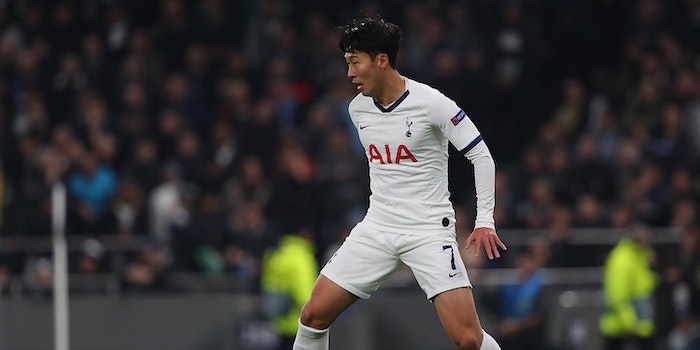 How to stream Tottenham Hotspur vs. Crvena Zvezda live in Champions League

Tottenham Hotspur and Crvena Zvezda face off in a critical Champions League matchup on Wednesday.

Tottenham Hotspur has done everything in this Champions League tournament through three matches: Win, lose, and draw. The loss came to current group leaders Bayern—the  7-2 loss Spurs fans have been trying to forget about since it happened, and the draw surprisingly came against Olympiacos. The win (of the decisive 5-0 variety) came over the Crvena Zvezda team Spurs will have a rematch with on Wednesday. It’s vital to Tottenham’s Champions League fortunes.

Here’s everything you need to know to live stream Tottenham Hotspur vs. Crvena Zvezda, including what to watch for on the pitch.

Tottenham Hotspur vs. Crvena Zvezda: What to watch for

Right now, Spurs sit on four points and Crvena Zvezda (who you may better know as Belgrade Red Star) sit on three. With both teams needing to face Bayern again, this could be the definitive match in determining second place in the group — and determining if Spurs can make a return trip to the knockout rounds.

It’s already been a weird week for Spurs. They drew Everton 1-1 on a stoppage-time goal (in the midst of 12 minutes of stoppage time). The bulk of that was due to a horrific injury that Andre Gomes suffered colliding with Son Heung-min. Son was sent off on a straight red for causing that. While that won’t affect the team’s Champions League lineup, its collective psyche may still be a little frayed.