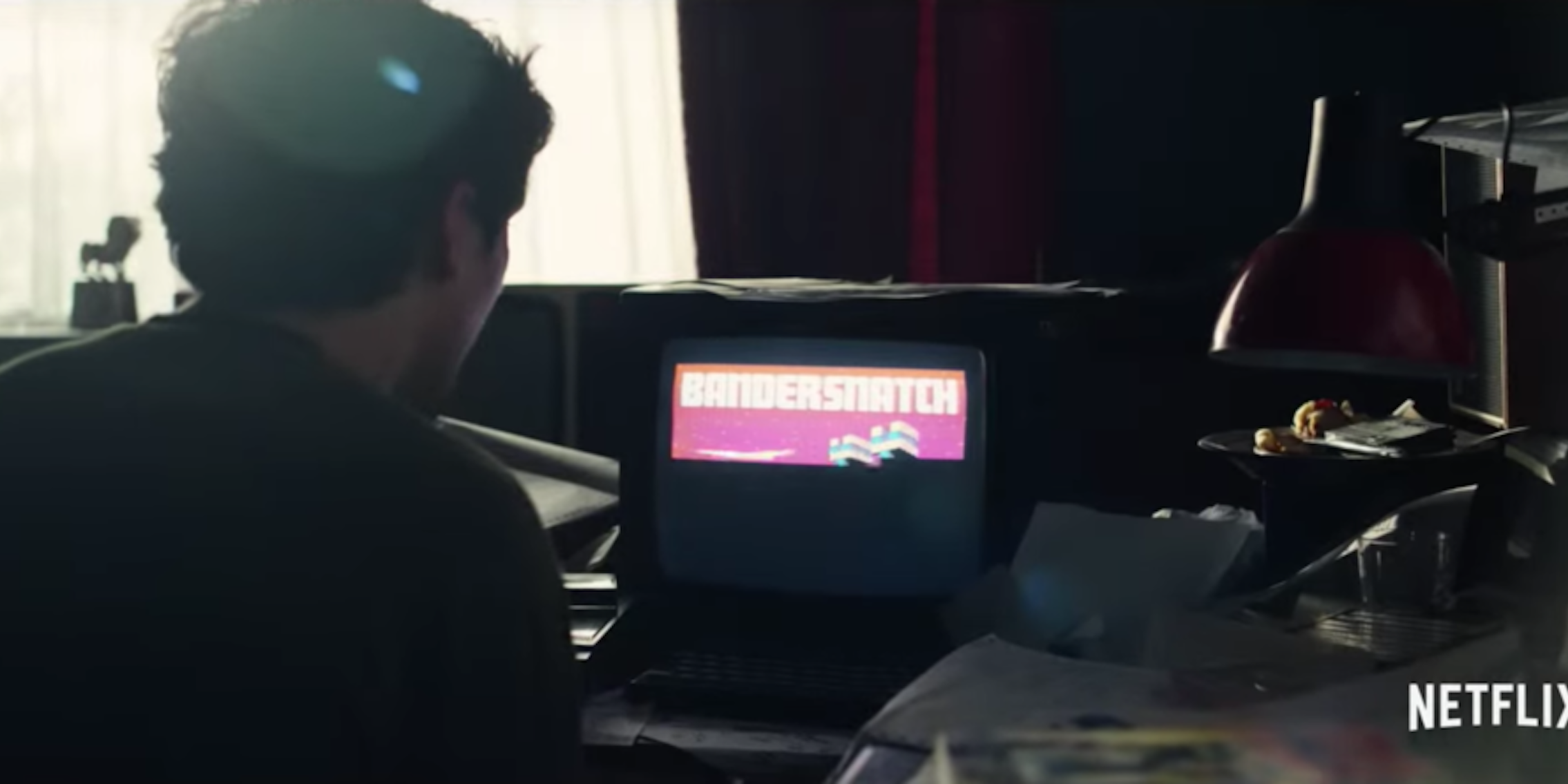 ‘Black Mirror: Bandersnatch’ lets viewers choose their own endings, and here they are

'How’s that for entertainment?!'

The choose-your-own-adventure film from Black Mirror, Bandersnatch, puts you in control and just dropped to Netflix Friday.

The endings seem endless. The fate of Stefan Butler, the young and troubled video game programmer, is in your hands. But unlike real life, you have the option to go back and change the ending. And at points, Netflix seems to be in on the whole thing and pushes you to ruin Stefan’s life.

The internet has decided there are five different actual endings. To tell if you’ve reached them you must see the credits run. There are other ways to force an ending, like killing off Stefan or having him destroy his computer, but instead of rolling the credits Bandersnatch starts over and the viewer has to has to choose a new path.

Try them all for yourself or save time and see the main ones below.

It’s the most meta-ending. When Stefan demands to know who is controlling his life you get to choose between two options: A Netflix logo or a decision tree.

If you choose the Netflix logo Stefan’s computer screen informs him, “I am watching you on Netflix.”

Stefan freaks out that he is being manipulated by some random person from the future and meets up with his psychiatrist. She points out to him that if he is actually being controlled for someone’s entertainment, an ordinary boy, in an ordinary room, talking to his psychiatrist isn’t very entertaining.

A fight breaks out between him and Dr. Haynes and his dad enters the room. If Stefan jumps out the window to avoid confrontation, he lands on the Black Mirror set, bewildered to discover that he’s actually filming a choose-your-own-adventure movie. If he stays in the room, he is taken out of the building screaming, “How’s that for entertainment, you psychotic fucks?”

Stefan’s father Peter can be murdered in several different ways.  One is that Stefan realizes his life and his mother’s death is part of a conspiracy experiment known as “trauma inception.” He finds out that his mother may not have actually died but he was drugged as a kid and made to believe it. In a rage, he kills his father.

In another, he listens to a documentary about Bandersnatch author, Jerome F. Davies. The author went crazy while writing the novel, killing his own wife.  The murder was prompted by Davies’ decision that he was being controlled by someone else.

The far-fetched idea—that maybe someone else is controlling his life—seems to cause a Stefan to break down. He realizes he too is being controlled by someone else. He then kills his father, Peter.

Either version sends Stefan to prison and the video game is released unfinished.

If you bury Peter, Stefan goes to jail. But if you chop him up instead it gives him enough time to finish Bandersnatch—with his dad’s severed head watching over the process.

The video game hits shelves and is an instant smash. But Stefan is arrested for murdering his father and put into prison. Bandersnatch is ripped from stores.

After Stefan goes mad and kills his dad he considers calling his psychiatrist, Dr. Haynes. He then gets a call from his boss Mohan Tucker. Now several things can happen depending on what you choose but either Tucker, Colin Ritman, or Colin’s wife Kitty will show up. They learn that Stefan has killed his father. Then you can have Stefan kill the unwelcome visitor. He’s going to jail anyway, and the game goes unfinished.

When Stefan was five he made his mom late after a search for a toy rabbit his father hid. So she had to take a later train that day, which ultimately caused his mother’s death.

It can be difficult to get to this ending on the first try, but eventually, Stefan gets a key to his father’s study and types the word “TOY” on the keypad to the safe. When it opens, he finds the toy rabbit. Holding the rabbit he finds himself back on that infamous morning when he was five.

Child Stefan finds the rabbit and goes on the later train with her. If you choose for him to take the train, he will ultimately assume the same fate as she did. As Stefan dies alongside his mother, the viewer is taken back to 1984 where Stefan suddenly dies in the middle of a session with his psychiatrist.