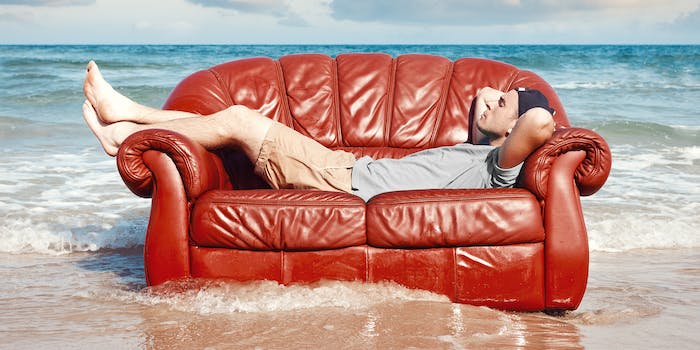 The best streaming services for traveling the world from your couch

Do you want to travel around the world without leaving the house? We look at streaming services that help you do just that.

One of the most fascinating aspects of streaming is the ability to travel around the world no matter where you’re streaming from.

This guide provides a look at the best streaming services for getting an international perspective in several different ways.

First, there are channels like Curiosity Stream, National Geographic, and National Geographic Wild, helping us to getting a documentary-style view of our incredible planet. There’s BBC America, which brings us entertainment that’s distinctively British. There’s also the Travel Channel, made for those planning trips abroad.

But there are also news services from around the world, which help us get a perspective on how the rest of the world is reacting to news of the day and the various global market shifts. Channels like BBC World News, CNN International, and Euronews make us more informed if not outright better global citizens.

And, finally, a number of streaming services have literally gone around the world to tap into the channels that provide news and entertainment to people all over the world.

HOW TO STREAM INTERNATIONAL CHANNELS

Best international streaming services: How to watch TV from around the world online

Sling TV provides two base channel package options, each priced at $30 per month. Sling Orange includes the Travel Channel, the History Channel, and BBC America to help broaden your horizons. Sling Blue adds Discovery Channel and National Geographic to that.

Sling Orange + Blue combines both packages for just $45 per month, placing it nearly $10 below Fubo TV’s and Hulu with Live TV’s base price points.

On the news side, both the Sling Blue and Orange options have Bloomberg TV for news on the markets around the world. Both channels also have a News Extra package for $5; both have BBC World News, Euronews, and News 18, with Blue Extra having France 24 and NDTV 24×7 for a more enticing overall package.

Sling’s International packages are, in a word, amazing. Sling’s made inroads with channels from all over the globe and made them available to subscribers. If you’re from India and speak Hindi, you have three packages to choose from, ranging from $30-50 a month, connecting you with news, sports, and entertainment from there. It’s one of a mind-boggling 10 South Asian options that also include Bengali, Tamil, and Urdu. There’s also an Arabic package; five European packages (French, German, Greek, Italian, and Polish); three East Asian packages (Cantonese, Mandarin, and Taiwanese); and Brazilian.

Of course, there’s also a series of Spanish-language package options, including a Best of Spanish package that be an add-on for $10 a month or can weld on Sling Blue or Orange to make a $35 a month combo package. There are also add-ons allowing customers to pick specific Spanish-speaking regions, including Spain, South America, Central America, the Caribbean, and Mexico, and there’s even a package geared toward customers in Puerto Rico.

FuboTV is a solid TV streaming service option with a good selection of local channels. Depending on your market, you’ll have access to CBS, Fox, and NBC and those local affiliates.

Fubo is a solid option for bilingual households where both Spanish and English are spoken.

The Fubo Latino Quarterly, for $19.99 a month, brings 30 Spanish language channels, some of which are included in the standard Fubo and Fubo Ultra packages, but most are exclusive to the package. It is, true to its name, billed quarterly. There’s also a Latino Plus package for $7.99 a month that includes 12 of the Latino Quarterly channels.

You might also be curious about the Entretenimiento Plus add-on for $4.99 a month with additional news and entertainment channels, including a Spanish selection, Antena 3, as well as a number of channels serving Mexican and Central American audiences.

Hulu with Live TV includes a broad array of entertainment and sports programming among its offerings. Animal Planet, Discovery Channel, National Geographic and its National Geographic Wild sister station, the Olympic Channel, and the Travel Channel in its one-size-fits-all package.

As a subscriber to the service, you’ll get free access to Hulu’s sizable on-demand library of movies and shows.

CNBC World, National Geographic, and National Geographic World is part of the entry-level Plus tier at $55 a month. From there, it’s a jump to the next tier (Max, at $80 a month), but that gets you the Olympic Channel and three HBO channels (including HBO Latino). You can get Discovery Channel as part of the Entertainment option for $93 a month, but if you want Travel Channel (a baseline channel on other services), you have to graduate to the Choice tier at $110 a month.

For bilingual households, the Optimo Mas package (at $86 a month) draws from a broad selection of Spanish-language channels to make a two-language, 90-channel package.

Vidgo offers its National Core English Package for under $40 a month (and on sale for $30 a month through June 30, 2020) that pulls together more than 60 English-language channels. There’s also a National Plus English Package, with more than 90 channels, for just $10 more.

If you want your Vidgo en Español, which is how Vidgo started, it features programming from throughout the Americas and even Spain in two skinny packages. The Latino package includes three major Spanish-language sports networks as well as Azteca America and Spanish versions of Discovery Channel, History Channel, and National Geographic, while Latino Mas offers a number of South American and Central American options.

Also, through its Vidgo app, it’s offering the option of Social TV, which allows Vidgo users to connect in real-time as they’re watching programming on their phones. (That might actually be a feature that gives parents pause, come to think of it!)

Best streaming services for traveling the world: The verdict

There are definitely options that abound, but when factoring in price and availability of channels, two stand out in particular, but one stands out more.

Vidgo, given its roots as a Spanish-language streaming network, has a great mix of channels throughout the Americas, particularly for sports fans. But Vidgo doesn’t cross the streams—you either pick a Spanish package or an English package—and it claims to be adding DVR capabilities soon, but doesn’t have then yet.

Sling, on the other hand, has a great pricing structure, with add-ons that are great for bilingual households … no matter what the language other than English might be! Sling once offered an international package that was a good-but-quirky collection of channels for $5 a month. While the individual international packages now range in a higher price tier, they’re still reasonably priced if you have a family member who hails from a faraway country and wants to connect to the homeland. When you’re offering packages in languages that a lot of people don’t know even exist, you’re showing a connectedness to global television that’s commendable.